Israeli tech has a lot to learn from Simone Biles

“In business, as in the Olympics, there is little room on the podium. A few reach great success and the majority are left with their wounds and the sacrifices they made,” writes Shaul Olmert

While many Israelis, like the rest of the world, are glued to their screens watching the Tokyo Olympics, headlines across the economics and technology sections continue to be laden with news of great successes. Great? I meant huge, stunning, bigger than life. Companies that seek to announce fundraising rounds or acquisitions in the millions or even tens of millions are sent away because there is no room within the onslaught of news about deals and raised capital to report on smaller-scale transactions, which until a few months ago were considered major. In fact, I am writing this column not fully knowing if the editors will find the time to publish it as their hands are full with constant reporting on huge deals.

Standards have changed and the sensitivity threshold has risen accordingly. Let's put aside for a moment the notion that in most cases newly formed companies do not justify investments of hundreds of millions of dollars, most companies that raised capital according to a certain valuation, do not justify doubling or quadrupling their valuation after only a few months and with little progress in their business performance or trading volume. 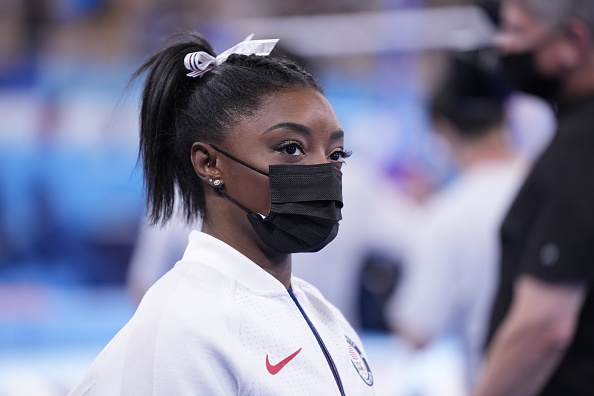 Stock market trading, which grew substantially in recent times, in the long run, will not be able to accommodate all the new publicly traded companies. Many estimate that the bubble will burst eventually and will leave behind ruins, but in the meantime, everyone prefers to believe that their investments are worth their price and that they will be able to profit from them, while someone else accumulates losses. Some of those will prove to be right, and when they take a moment from investing or collecting profits, they look at athletes from all over the world competing for medals in a variety of sports.

And in the midst of the jubilee, one athlete stood up and dared to spoil the celebration. Not just her and her team’s private celebration, but daring to ask the question most of us seem to have already forgotten about: Is the price of success really worth it? Simone Biles, the most decorated gymnast in the history of the U.S., and one of the most revered athletes in the world reached the pinnacle of her sport, only to announce that she is stepping away. Stepping away from the chance to win her 32nd medal, stepping away from more money, fame, historical rankings, stepping away from what she has worked for in the past five years, when it is unclear how many more opportunities (if any) she will have in the short span of her career.

In high-tech terms, the equivalent will be a CEO who, just before the Nasdaq bell rings, announces that he actually prefers not to go through with the IPO of his company. And even if it is a veteran CEO who has already amassed a great deal of personal capital, such a step back in the moment of truth would be dramatic. As news from Tokyo came out about Biles’ personal decision and her mental and physical condition, a greater discussion has risen. Simone Biles’ decision made it clear that health and soul are as important, if not more than accomplishments.

Football coach Henry Russell declared many years ago that "victory is not the most important thing, it is the only thing" (many attribute the statement to legendary Vince Lombardi who repeated it, but Russell said it first). This motto leads not only athletes but people in many fields to strive for monumental achievements, those that are written about afterward, that are remembered, and that push aside smaller achievements.

Moving back from the world of sports to high-tech, we also chase medals. The road to the exit is lined with hurdles, and much has been said and written about the personal sacrifice of entrepreneurs and executives, and the roller coaster they are asked to survive on their way to fame (personally, I even wrote a book about it). For every person who succeeds, there are many dozens, if not more, who fail. And even among those who reach the finish line, many lose quite a bit: peace of mind and sometimes friends, spouses, relationships, and much more.

These days, as celebrations reach new heights, the fact that there are many new millionaires, and new faces fill the monotonous photos of smiling entrepreneurs wearing short-sleeved shirts adorned with their company logo, seems to create the false impression that the party has expanded. In practice, it is growing smaller. If Israel is indeed changing from a ‘start-up nation’ to a ‘scale-up nation,’ meaning an economy of more mature companies, it also means less access into the club of successful companies for new entrepreneurs. There will be more senior management positions in established companies, but it will be much more difficult for new ventures to succeed.

The rise in high-tech salaries, which has been widely covered in the media recently, is the result of high demand from a few high-budget companies and makes it very difficult for companies at the beginning of their journey to find talent. And these are not just developers, rather experienced people in all relevant fields. Those same companies also have a hard time recruiting experienced service providers like lawyers and accountants, as these are naturally forced to prioritize larger clients. The result is that more capital is invested, but reaches fewer hands. More people will join the industry, but they will work in fewer ventures.

There will be those who will say that it is actually positive. Venture capitalist Michael Eisenberg wrote the "Hummus Manifesto" at the time, which claimed that talent in Israel is wasted among too many small companies and makes it difficult for companies to concentrate enough talented people to grow. This was true at the time, but today so many companies have grown in the country that their valuations reach ten or eleven digits (in dollars), while in the field of start-up companies a dangerous famine begins, which can lead to most of them dying.

If the meteoric rise (and as mentioned - in some cases, without making sense) in the value and funding provided to a handful of companies, will come at the expense of the ability to generate new ventures, we will find ourselves sawing the branch this industry sits on. Monday, Fiverr, ironSource and the rest were once startups, and if it continues to be difficult to near impossible to generate new ventures, we will not have the next generation of local unicorns.

In business, as in the Olympics, there is little room on the podium. A few reach great success and the majority are left with their wounds and the sacrifices they made. And even among those who reached the summit, as after all Simone Biles is one of the most successful athletes in history, there are quite a few who paid heavy prices that in retrospect, may not justify the path they chose.

As the market becomes more competitive, the continuum of success increases and the costs demanded from those who aspire to reach the top grow higher. I hope that just like my favorite gymnast, the developers and executives pursuing the gold will also know how to listen to their inner voice and recognize when the end does not justify the means anymore. In the meantime - congratulations to all the Olympic medalists and also to the new publicly traded companies and all those who raised funds.