TAGS:
HackerU, an educational technology company that specializes in cybersecurity, has announced the acquisition of Cybint, an Israeli SaaS-based cyber education company. The acquisition, estimated to be valued at $50 million, will help grow HackerU’s footprint and expand its B2B offering to reskill and upskill learners throughout their careers. Alongside the news of the acquisition, the company also revealed that it is rebranding as ThriveDX. “We are excited to join forces with HackerU in expanding ThriveDX, reskilling the workforce and upskilling the industry globally,” said Roy Zur, Founder and CEO of Cybint. “The Cybint team will support HackerU by signing additional partnerships and accelerating the development of software as a service (SaaS) training solutions with a strong emphasis on corporate training and cybersecurity education solutions globally.” 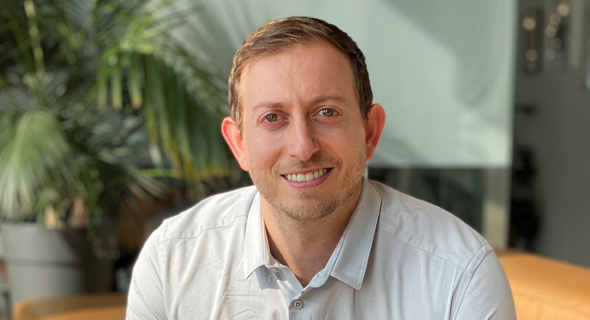 Roy Zur, Founder and CEO of Cybint. Photo: PR
Cybersecurity has become one of the biggest talking points in recent months given the scope and severity of attacks on governments and organizations. According to the non-profit organization (ISC2), 2020 saw 3.1 million cybersecurity vacancies left unfilled, and 63% of corporations reported that their employees were underqualified in cybersecurity following the expansion of attacks due to Covid-19. HackerU, which provides digital workforce training to students and communities in the U.S, Europe, and Asia, hopes to use the acquisition of Cybint to help expand its digital skills training programs and close this gap.
Related Stories:

“Now is the time to further our mission of transforming lives by preparing people for the digital careers of tomorrow. We are proud to welcome the amazing Cybint team and their incredible portfolio of experience to the HackerU, now ThriveDX, family,” said Dan Vigdor, Co-Founder and Executive Chairman of HackerU. “The combination of our two companies positions the new ThriveDX group as the category leader worldwide and solidifies our ability to reskill and upskill individuals at any stage of their professional life.”

ThriveDX will emphasize the mission shared by the two companies to help individuals thrive in the digital economy. Earlier this year, Cybint partnered with two other Israeli companies, the 8200 Alumni Association and myInterview, to help screen and select candidates for a 3-month boot camp designed to provide cybersecurity training for underrepresented citizens in Israel. It is expected that new partnerships and acquisitions will help HackerU build a portfolio of edtech disruptors around the world. HackerU was founded by Israeli cybersecurity experts around 15 years ago and had raised $100 in the last four years from Prytek as well as Liquidity Capital and Shintilla Cap. It works with 20 top universities globally, including New York University, University of Michigan, the University of Miami, American University, and more. Cybint was founded in 2014 and had raised $7.5 million previously.