Speaking to CTech during Cyber Week, Check Point’s Oded Vanunu shares how cybercrime has evolved on the blockchain, and what governments can do to protect against attacks

TAGS:
“To understand the crypto evolution, you need to look at it from the perspective of the invention of the engine,” said Check Point’s head of product vulnerability research Oded Vanunu. “At the start, it was a bicycle. Then it was a motorcycle, and then it was a small plane, a big plane, a missile, and so on… the blockchain technology is the new engine and it’s something that is going to be with us for a long time.” Those with Bitcoin in their digital wallets have long understood the prevalence of cryptocurrencies and how blockchain technology can flourish. And while a new anonymous and decentralized way to send and receive money is attractive for some, the adoption of cryptocurrencies has added a new layer to the ability of criminals to attack companies and governments. And attackers are today walking away with million-dollar payouts. 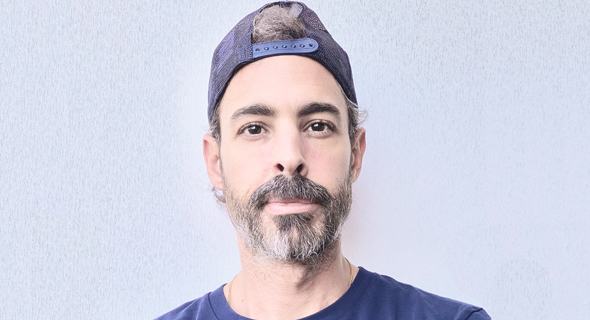 Check Point’s head of product vulnerability research Oded Vanunu. Photo: Check Point
“Cybercrime started to have the ability to cash out because the whole crypto thing is anonymous,” he continued. “You don’t need to identify yourself. The evolution in the last 10 years is cybercrime going from a garage into whole organizations with CEOs, CTOs, operational managers, CFOs, where every attack is money. Every attack is a cashout.” According to Vanunu, who has been at Check Point for 18 years, conventional virus campaigns and cybercrimes were ‘evil initiatives’ that did not seek to make a profit, but rather carried out by social activists “to take data and attack it because a company is doing bad things." Today, the shift into decentralized and anonymous behavior makes it easier than ever before to exploit companies - and governments - for financial gain. As of 2019, Check Point had 5,000 employees who provide products for IT security, including network security, endpoint security, cloud security, mobile security, data security, and security management. Today more than ever, Vanunu is warning organizations on the importance of security defense, and laments the fact that governments spend too much on cyber offense. “Organizations need to prioritize their budgets differently for cyber defense,” he told CTech. “This is the reality and they need to understand that today they are facing state-sponsored levels (of cybercrime).”
Related Stories:

The United States - which has the largest military to attack in the world - has been shown to have comparatively low levels of defense against such attacks. In late 2020, the U.S Government was hacked by Russian hackers. Earlier this month, Reuters reported that 1,500 businesses were affected by a ransomware attack on Kaseya, a Miami-based IT firm believed to be conducted by criminals acting on direction from the Russian government. In June, President Biden told Vladamir Putin that certain cyberattacks should be ‘off-limits’, a statement evidently given in vain.

In Israel, the potential of cybercrime and protection against it has been a priority set up by the government. Through education, higher budgets, and a new emphasis on it placed by the IDF, Vanunu says generations of children are being raised in Israel on the importance of a strong defense system against cybercrime. “This is one of the fundamentals,” he concluded. “Innovation, technology and cyber... it’s one of the fundamentals of the Israeli economy.”