With organic growth slowing down, and plenty of capital in the coffers courtesy of investors, growth acquisitions have become a key tool in the arsenal of companies desperate to generate a return for investors who believed in them

The market has never been more generous, but it has also never been more brutal. The headlines about massive funding rounds, many of which feel unrealistic, are just one side of the coin, that of the honeymoon between promising local startups and investors. However, there is also the other side, felt by more mature companies, which find that the higher these numbers get, the harder it is to grow at triple-digit or even a high double-digit rate, as investors have come to expect in the last two years, especially during the pandemic.

Riskified and WIX are good examples of how quickly the market moves on, as both companies’ shares suffered double digits drops in just a few months. WIX, the Israeli web and online shop building platform, had been an investors favorite during the past year, but since August it has fallen by 30%. This happened despite good financial reports with a growth forecast reflecting an annual rate of "only" 25%. This forecast managed to bring the stock down, as the company accustomed the market to a growth rate higher than 30% in recent years, especially, during Covid, which pushed retailers to set up online stores. 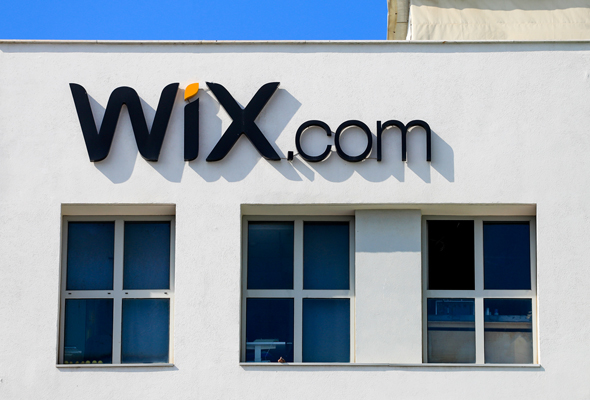 WIX's Tel Aviv office. Photo: Shutterstock
Riskified, which specializes in identifying and preventing online fraud in commerce, was one of the hottest Israeli IPOs in New York but it fell below its IPO July price after committing the unthinkable - publishing a revenue forecast which did not show growth compared to the previous quarter. It did not matter that it was still registering an annual growth rate of more than 30%. Investors were not interested, and since the report was released, its stock has slumped by 50%. It is more difficult to discern or measure investors’ displeasure with private companies, but a quick look at the Israeli investment portfolio of Insight Partners is all you need to see to understand that not all of its companies receive funds at the pace of Armis or WIZ. Sisense, for example, has not completed a single fundraising round since it reached unicorn status in early 2019, raising concerns that it has not been able to generate rapid growth over time. Pulling out the wallet In a reality of huge expectations and big disappointments, signs of "growth acquisitions" are beginning to appear. Such was the deal announced by ironSource last week. The company will pay $400 million in cash for American company Tapjoy and will receive significant revenue in return, as Tapjoy's income is expected to reach $81 million this year. The acquired company does exactly what ironSource does, but is not its biggest competitor, rather, another company in the market, which is growing fast and is also profitable. ironSource, which went through a SPAC merger last June to become publicly traded at a dream valuation of $11.7 billion, is also experiencing growth challenges. In the second quarter, it posted a fantastic 83% annual growth rate that brought it to $135 million in revenue. However, in the third quarter, which ended in September, it is expected to show revenues of about $130 million, which will reflect an annual growth rate of "only" 45%. 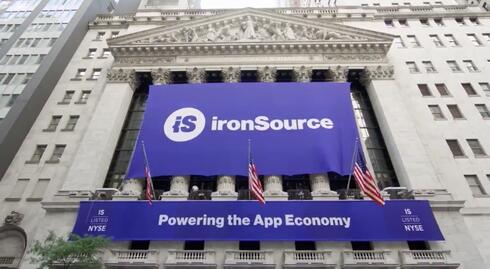 ironSource New York IPO earlier this year. Photo: ironSource
Israeli gaming company Playtika is experiencing a similar reality, with its shares falling 15% below their peak from the beginning of the year. Even though it is a huge company in Israeli terms with an annual revenue rate of more than $2 billion, its growth has slowed. In the second quarter of 2021, it did not grow at all compared to the corresponding quarter and compared with the first half of the year and the corresponding half, it grew only at a single-digit rate. To put out this fire, Playtika pulled out its wallet and paid $600 million for Reworks, a Finnish company that has an interior design game, makes a lot of money, and grows quickly. Private insurtech company Next did a similar move when it paid several hundreds of millions of dollars for AP Intego, an American company with annual revenues of $200 million. The acquisition, for which Next raised $250 million from investors in a blitz move, was intended to double Next's revenues from $200 million to $400 million instantly. It is likely that soon we will see more acquisitions such as these on the part of companies whose organic growth is slowing down, but are equipped with capital courtesy of investors expecting performance. Growth acquisitions are just another tool in the arsenal of companies, mostly public but not only, to generate a return for investors who believed in them.

However, these are purchases of the lowest level of sophistication, aimed at producing instant results. More strategic acquisitions, on the other hand, are designed to enable entrance into new markets and generate new activities, such as Taboola’s $800 deal for Connexity, which is supposed to help it get into a new e-commerce market, or JFrog’s $300 acquisition of VDOO, which is supposed to expand its cyber capabilities, as well as acquiring talented manpower.

Related articles:
Growth acquisitions are often addictive and require fairly quick transactions to meet investors' expectations of a rapid growth rate. The more you become addicted to making purchases and make them more often, the more you begin to feel the pains that accompany every purchase transaction. After a year and a half of almost complete stagnation in mergers and acquisitions during Covid, which made it difficult for companies to carry out due diligence, in recent months the mergers market has exploded both globally and in Israel. In the last three months alone, Israeli companies have purchased and were acquired for a total of about $6 billion. It is safe to assume we will hear about many more acquisitions soon in light of the large amount of cash sitting in companies' coffers. According to data published last week from IVC Research Center, since the beginning of the year, Israeli high-tech companies have raised almost $18 billion in private fundraising (even before WIZ, TripActions, and Celsius’ recent rounds which totaled $1 billion), and another $10 billion from public capital. A slippery slope of losses and heartache The capital market is intended to allow companies to grow through the use of investors' money and stock currency, including the acquisition of other companies. Historically, however, investors prefer deals that have more meat than just buying revenue. The danger with the current situation is the enormous amount of cash that companies have on the one hand and the enormous pressure they feel on the part of investors to deliver phenomenal performance on a regular basis. Between 10% -15% growth that was once considered acceptable and healthy is no longer enough to justify current levels of value. Business moves that are made out of pressure, and especially complex moves such as acquisitions that require experience and knowledge in integration, can very quickly end in losses, write-offs, investor distress, and flight from the stock. Especially if companies start paying more than a dollar for every dollar of revenue. This is not a rage prophecy or a hypothetical fear, it has happened more than once in the past and it will happen again. Ask one local company, which was once the largest Israeli company by a margin, but today is worth as much as WIX after its fall and less than ironSource or Playtika. It is called Teva.