TAGS:
When Africa comes to mind, space typically doesn’t follow. But the large continent’s influence on the booming aerospace sector is growing, as investments in local space and satellite infrastructure are increasing. Several Israeli telecommunications companies, such as AMOS Spacecom and Gilat Telecom, are already investing their resources to help Africa develop the next-generation of innovation. Second-Israeli astronaut Eytan Stibbe is also the co-founder of Vital Capital, an investment firm that is uniquely focused on building infrastructure in Africa. “Our investments are focused on improving the life of local communities. Recently, during Covid-19, we established and implemented the Vital Impact Relief Facility to support local impactful SMEs (small-medium-enterprises) in Africa. The areas of our investment are usually supported by Israeli technologies such as in healthcare, agriculture, and information systems,” Stibbe related to CTech during the Vital Capital’s Development in Africa Through Space conference last Thursday which took place in an online format.

Stibbe spoke from NASA’s Johnson Space Center in Houston, Texas, where he is currently undergoing training to be Israel’s next astronaut. He is facing a 10-day mission aboard the International Space Station along with his crew, Ax-1, whose final date has been delayed yet again and set for February 21, 2022. “To me, Africa was a mystical remote frontier. It always aroused my curiosity. During the past 30 years, we’ve helped develop the African continent, whose culture is both rich and dynamic,” he said. 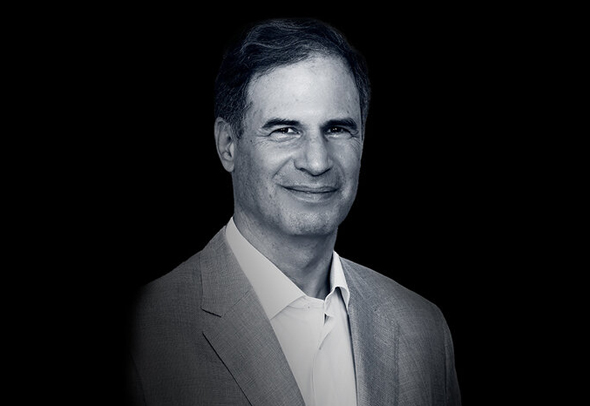 Second Israeli astronaut Eytan Stibbe heads Vital Capital, which is focused on building infrastructure in Africa
Four speakers took part in the panel, which was moderated by Stibbe, and shared their wisdom, insight, and experience as to where the African space tech economy stands today, and how it can continue to reach new horizons despite numerous setbacks such as poverty and a lack of local infrastructure. Encouraging off-world living “People don’t realize that every time we swipe a card or navigate a car we are accessing space tech,” said Dr. Adriana Marias, a South African theoretical physicist. She is an advocate for off-world exploration through her organization Proudly Human, which encourages finding new innovative ways for living on Earth. In particular, her organization is concerned with building potential settlements in space, and studying other precursors to biological systems which could help humans survive such an experiment. “I imagine that we need a quantum computer to ask questions about the origins of life, but we can still explore places like Mars, and learn about where we came from. It’s important to explore, because it really defines our humanity.” And Africa is a great place to start, since it can help serve as a mirror for how humans will eventually build communities on the Moon or Mars. “Space teaches you about perspective. And whether you gain that from satellite footage of the Earth from space or seeing the first light on Mars, we are in desperate need for a dramatic change in perspective. Looking outside the environment can give us a greater appreciation for our biodiversity, and the humans that we share this planet with.” Proudly Human builds teams that will embark on year-long expeditions to some of the most extreme places on Earth in preparation for off-world exploring. “We’re collecting a lot of data on how to live in a place that lacks existing infrastructure. If we don't expand to other planets, we’ll go extinct. That’s why we need to reflect on our humanity, and think of what we are leaving behind. It's exciting to answer these big questions, like are we alone?” 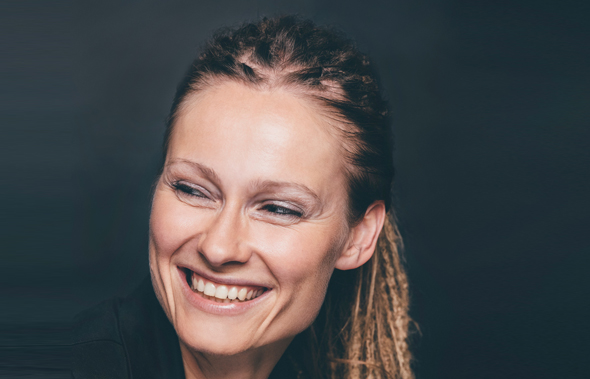 On space policy, Ruvimbo Samanga, a Space Law and Policy Analyst from the small town of Bulawayo, Zimbabwe, noted that space is not exempt from the law, and already there are a series of binding and unbinding regulations that guide stakeholders in outer space, which are also beginning to apply to the private sector. Some include the Outer Space Treaty, the “constitution” of space; the Space Liability Convention; the Rescue Agreement; the Moon Agreement, and others. “There’s an entire set of rules for how we should be engaging on foreign planets, and these non-binding rules are legal principles that can give non-binding guidance to how states, and broadcasting and satellite companies can operate as well.” 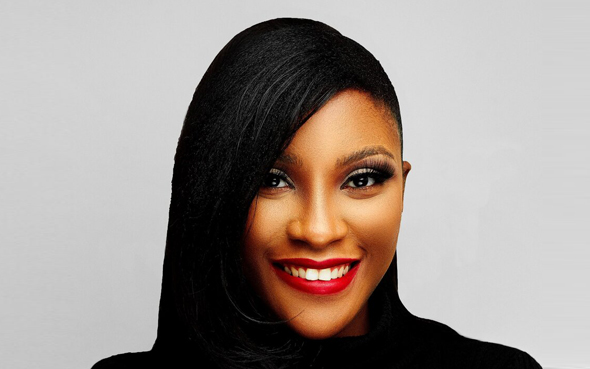 Ruvimbo Samanga, a space law and policy analyst
From a farm to NASA Former NASA astronaut Peggy Whitson, believes that education is where it all starts: “I came from a rural farming community in Iowa, and dreamed of becoming an astronaut after watching Buzz Aldrin and Neil Armstrong walk on the Moon. When I graduated from high school, NASA selected its first female astronauts, and my dream suddenly became a goal. At the time, I had no idea how hard that would be to achieve, but felt like it was feasible. Today, we need to transform Africa too, and can do so by building educational infrastructure.” Despite being rejected from the astronaut program 10 times, she eventually became the first female commander of the ISS, and later NASA’s first female Chief of the Astronaut Office. “I never dreamed of those leadership roles. We need to have more women in these leadership positions to inspire others to achieve more and strive harder.” On the commercial-side, space has transitioned from being an entirely government-controlled sector to one that now includes commercial ventures as well. “This gives us new ways to do business, because space is a very expensive venture but it’s worthwhile,” she commented. In order to understand the benefits of dual-use technologies, Whitson relayed a unique analogy: “Seeing Earth from above gives you the sense that our planet is a sort of spaceship, and we have to develop these technologies to take our lives somewhere else, so we can survive.” 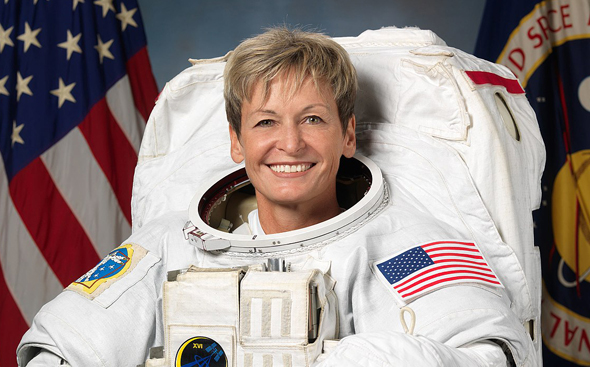 That could translate to finding new sustainable resources or utilizing technology in innovative ways, noted Marais. “We need to think about making technology more robust, lightweight, and cheaper, such as the LED lighting that is used to grow vegetables aboard the space station, or like developing solar technologies that support space missions, water purification systems, and communication systems.” She recommends that companies consider ways to grow sprouts and fungi for nutritional consumption, finding better ways to sustainably manage waste, and establishing a savvy space satellite communication network.

On that note, Samanga noted that Africa is the most susceptible continent to climate change. “People don’t realize that it’s important to have analogue test beds to carve out our future. Zimbabwe is interested in fostering growth in space through space products in terms of economic potential, but also serves as an important geopolitical region.” By promoting space science, fostering space capabilities, and facilitating the exchange of ideas, African countries can better contribute to the space tech ecosystem, she said. “We have a very good plan to rewrite the narrative of space, and Africa will become an emerging space nation by building CubeSats, (small picosatellites that can help build local infrastructure).” This, however, depends on having a good internet connection, something that isn’t commonplace in Zimbabwe, which has only 40% internet penetration, and can impede local ability to develop and build such technology. A limited African aerospace industry Bevania Martins, a Space Applications Specialist from Angola, discussed the space industry in Africa. “In Angola and in Africa in general, space and aerospace applications are a very limited industry.” Despite that, many young people, she noted, are very enthusiastic about space exploration and space applications. “Even if this sector is predominantly male, there’s room for people like myself. We must realize that this industry is not only for people who are astronauts, but also for those who work in a variety of different space applications. For someone like Eytan to make it to space, it requires a whole crew of people to help that mission take place.”

While space seems like a pretty lofty subject, it can be approached from several different perspectives. “Space is a big realm: there’s telecommunications, Earth observation, geographical applications, and manned missions. From a telecom standpoint, Africa isn’t completely new to the commercial space industry, and has been using services from other countries, such as Israel.” She noted that Angola has had telecom infrastructure since 1973, and during the civil war was guarded by tanks. She also cited Gilat Telecom, which in addition to its services, also provides training for African specialists, and helps establish local satellite communication infrastructure to enable internet, TV, and radio connectivity. “It’s also important to realize that without proper internet connection, technology does not evolve. We hope to one day become fully autonomous,” she said. 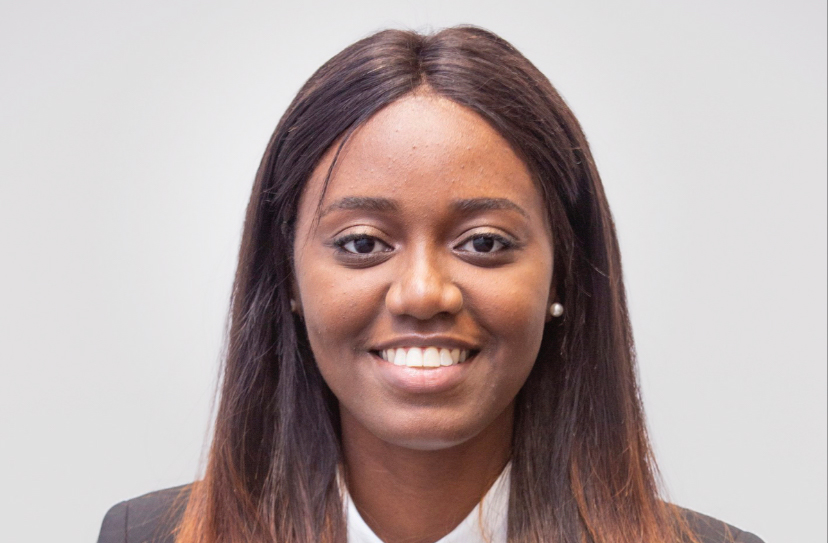 Bevania Martins, a space applications specialist
In terms of Earth observation, she noted that the African market is quite young, and contains many different emerging startups who have devised ways of obtaining data from satellites, and using it later. “While we have plenty of youth willing to learn, we don't have a proper ecosystem. There’s not enough human capital - not only in terms of private investors but also in terms of government support.” In one example, Martins described an agritech startup that takes optical images of farmland in Nigeria to better provide agricultural solutions for farmers, such as when to use less fertilizer, more water, etc. However, technology doesn’t only need proper satellite infrastructure and internet to be implemented, but the proper laypeople to explain to rural farmers how to use it. “We welcome investments from Israeli firms like Vital Capital, since space wasn't always accessible to countries such as ours, but that is changing,” she said. Aside from investments in infrastructure, passing along the proper education, fostering ideas about sustainability and far-off exploration, while taking into account legal matters, space is still a stunning and overwhelming experience for humans. Finally, Whitson recalled her first extraterrestrial experience: “The first time I saw Earth from the shuttle it was like I had lived my whole life in darkness and suddenly, someone turned the light on. It was amazing - the beauty and the clarity of everything you could see.”
Read More: