The Israeli startup, which was bootstrapped for its first three years and has nearly one million people using its product every day, is estimated to be valued at $500 million

Cybersecurity startup Guardio announced on Tuesday that after three years in bootstrap mode it has completed a $47 million first funding round, led by Tiger Global. According to estimates, the round of funding was held at a company valuation of $500 million. Along with Tiger Global, which has been significantly increasing its activity in Israel over recent months, the round included Emerge, with additional participation from Vintage, Cerca Partners, Union and Samsung Next.

Guardio was founded in 2018 by Amos Peled, Daniel Sirota, and Michael Vainshtein, who all served in an Israeli elite cyber intelligence unit at the Prime Minister’s Office. Peled and Sirota are just 28-years-old, with Vainshtein the only of the three to have already celebrated his 30th birthday. The three won the Israel National Security Award for their service in the unit, with Peled, who has been Guardio’s CEO since he was 23, considered to be one of the youngest ever winners of the award. 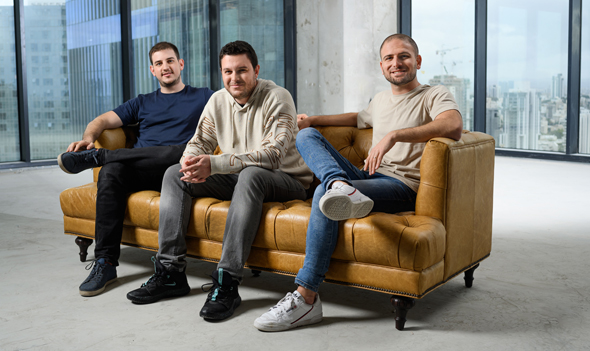 Guardio co-founders. Photo: Nethaniel Tobias
Guardio is the second company the three have founded, being preceded by Arpeely, which they set up in 2017 and focuses on building and operating Machine Learning based media acquisition algorithms for managed and RTB environments. Guardio has developed an in-browser extension aimed for private users and small businesses like freelancers which detects and prevents threats users encounter while browsing the internet, such as phishing and malware. Nearly one million people use Guardio each day, including around 100,000 paying customers. Most of the customers are based in the U.S. A monthly subscription for Guardio costs $9, meaning that the company’s annual revenue is projected to reach tens of millions of dollars in 2022. The company currently has 30 employees at its Tel Aviv-based R&D center and plans to use the funds to expand its workforce to 80 people and boost its marketing efforts in 2022.
Related articles:
In recent years, the browser has become the main conduit for many users - from messaging and shopping to banking and crypto custody. “Our idea was to provide end-users and micro businesses like freelancers security solutions at a level which had to date only been accessible for organizations. The big cybersecurity companies don’t provide solutions for a single user or small business as their products are too advanced and too expensive for them,” Peled told Calcalist. “We hadn’t raised any external funding until now because it was clear to us that it would be difficult for us to raise funds and that we have a lot to prove as a cybersecurity company that isn’t targeting the enterprise market. We began receiving approaches from investors after our first year because we reached maturity and confidence in our ability to build a brand and increase our sales.”
Buzz