When not knowing is a methodology

"When your culture celebrates that knowledge always starts from the lack thereof, people are rewarded for asking the right questions and not just for knowing the answers," writes Noam Solomon, CEO & Co-Founder of Immunai

Over two years ago, during a meeting with a big-time investor, I talked about my company’s vision to map the human immune system and personalized medicine, shared our growth plans, and what we were planning to do to get there.

I remember sitting in a small room with him, and he asked me if I knew what we needed to do in order to “map the human immune system.” I looked at him, and after two or three seconds, I plainly replied “No.” 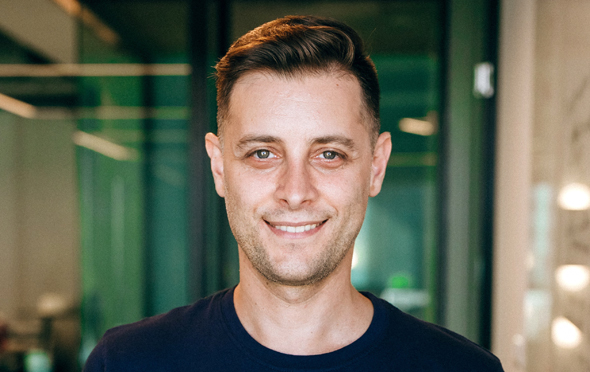 Noam Solomon is the CEO & Co-Founder of Immunai. Photo: Gil Kovalchik.
No? I’m sure he wondered. “Then what are you raising so much money for?” He responded as he moved back in his small chair, and looked at me with a clear expression of surprise. “Because I will learn, and because I believe I know how to bring the best team in the world to figure it out,” I said We got the investment. I learned at an early age that I feel comfortable outside my comfort zone, that I have the patience and grit to persevere and push myself and come up with new ideas and methods to tackle a challenge. For context, let me take you further back to my childhood, to second grade. I didn’t really like going to school so much, and in order to not go to school, I had to get a note from the doctor. We had a special bond, my family physician and I, and every time I would come to her office, she would give me a riddle. I remember that initially, I really had no idea how to approach such riddles, and I would spend hours, and even days cracking them. In seventh grade, my mom took me to take an exam that would qualify if I may start academic studies at an early age. I remember going into a hall with probably two hundred kids my age, and feeling very insecure. I asked my mom to go back home because I felt so outside my league and I knew I wasn’t as prepared as some of the other kids. I was afraid to fail. My mom had told me to give it a try, the worst thing that can happen is that I will be in exactly the same place as if I didn’t try at all. Eventually, they didn’t open the program because only four or five kids made it and they needed at least 10. I was one of these kids, but then a year later I found myself going to college with people that were much older and smarter than I was. I found myself again, outside my comfort zone, and eventually, it became a pattern that allowed me to trust myself to get by, to ask all the hard questions, and not be afraid to fail.
Related Stories:

And so, a bit over three years ago, when my partners and I started a computational immunology company whose vision was to map the human immune system, I remember my scientific founders telling me and my co-founder that we had to learn Immunology, and I told myself: “challenge accepted”. And it wasn’t just not knowing immunology - I also knew nothing about medicine or about business, or about being a CEO.

Throwing yourself to a completely new area, so outside your comfort zone means that you’re less biased to do what experts in this field would do. And the experts hadn’t solved this problem yet, so I wasn’t that different from them in that regard. More often than not, true disruption comes from outsiders, people that actually don’t know much about what they’re doing. Initially. Of course, not knowing is never the goal, nor is it something to be proud of. But it’s also nothing to be ashamed of. One of the quotes attributed to Socrates (one of the greatest Greek Philosophers) is “the only true wisdom is in knowing you know nothing”. When you don’t know something, you have the advantage of learning it from scratch, without biases. And if you have already done such things before - going the full cycle from not knowing something to becoming an expert in it - it will likely be easier for you than it will for others. You shouldn’t be scared and you definitely shouldn’t hide it, not from yourself, and not from your team. Embrace the harsh truths, admit to what you don’t know, and own it. If it is experts that you need, you can hire them, if it is money that you need, you can raise it, and if you were wrong about your first bet, you can change it. There is so much to be earned by just knowing what you don’t know, and deciding to learn it. And for us at Immunai - not knowing is a methodology. There is so much more that we don’t know about our immune system than we do, but when we are honest and open about not knowing, we set ourselves up for success. We are creating a culture aimed at learning, where asking questions and trials and errors are allowed, and where failing fast is even rewarded. When your culture celebrates that knowledge always starts from the lack thereof, people are rewarded for asking the right questions and not just for knowing the answers. Don’t admit to knowing things you don’t, and never nip a thread of questions or curiosity in the bud. On the contrary, make sure to ask questions yourself, and show your team that nobody knows everything. We tell the team that we were wrong when we are, and we expect our team to do the same. It is much more important for me to know which questions we need to answer rather than which questions we can answer, especially in deep-tech and deep-science-driven companies, where you depend on science favoring you in order for things to work out. That’s why embracing what you don’t know is one of the main pillars of Immunai, and is the key to mapping the immune system.

Noam Solomon is the CEO & Co-Founder of Immunai, a biotech company that recently secured $215 million in Series B funding.