TAGS:
Quris, which operates in the field of artificial intelligence for drug development, has signed a cooperation agreement with the German pharma giant Merck, Calcalist has learned. The agreement between the two companies is exclusive to only one disease for a period of five years. Merck will be able to use the Quris platform to test its drugs, and identify those that are safe to use. As part of the agreement, which is estimated to yield the Israeli company tens of millions of dollars in accordance with milestones, Merck will gain access to Quris’ forecasting platform, along with continuing clinical trials in the traditional approach and comparing the performance of the two tracks. Quris’ prediction platform combines miniaturized human tissues on chips, nanosensors and artificial intelligence, in order to predict which drugs will work safely and effectively in the human body.

“The pharmaceutical industry is modernizing drug discovery, and innovations in AI hold significant promise,” noted Quris Scientific Advisory Board Member Dr. Robert S. Langer, co-founder of Moderna and lauded MIT professor. “As Quris expands its collaborations with pharmaceutical companies, this will hopefully lead to new ways to find novel drugs that safely meet patients’ needs in the years ahead.” 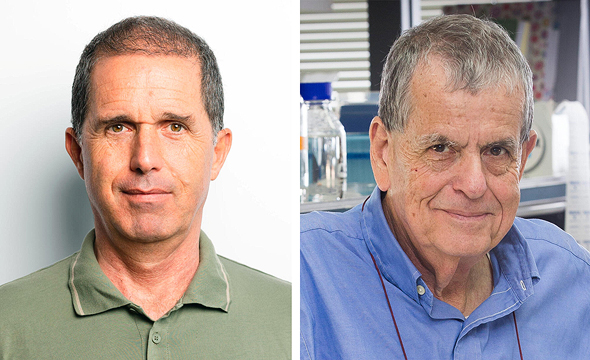 As part of the collaboration between the two companies, Merck will gain access to Quris’ prediction platform for the initial identification of components that pose a risk of liver poisoning in the drugs under development. If drug development is successful, Quris will enjoy significant capital rewards.

“In recent years, leaders around the globe have increasingly recognized that experiments in mice do not faithfully mimic what will work in people. With this and the goal to reduce and replace animal testing, there is now a great need for development of a new AI-based approach,” said Nobel Laureate Aaron Ciechanover, MD, DSc, Chairman of Quris’s Scientific Advisory Board. “Collaborations with pharmaceutical companies like Merck KGaA, Darmstadt, Germany, will help assess Quris’s BioAI platform for clinical prediction, which uniquely integrates AI along with miniaturized ‘patients'-on-a-chip. If successful, this could lead to a much-needed transformation in drug development speed, safety and cost.”

Quris recently announced a $28 million seed fundraising round led by Welltech Ventures, iAngels and GlenRock Capital, along with prominent investors such as Dr. Kobi Richter, Rami Ungar, Matthew Bronfman and more. Prof. Aaron Ciechanover, Nobel Laureate, and Prof. Robert Langer, co-founder of Moderna, have been advising the company since its inception.