Around 1,400 startups are founded in Israel each year, said Aharon Aharon, chief executive officer of the Israeli innovation authority. In a former position, Mr. Aharon was the general manager of Apple’s activities in Israel. 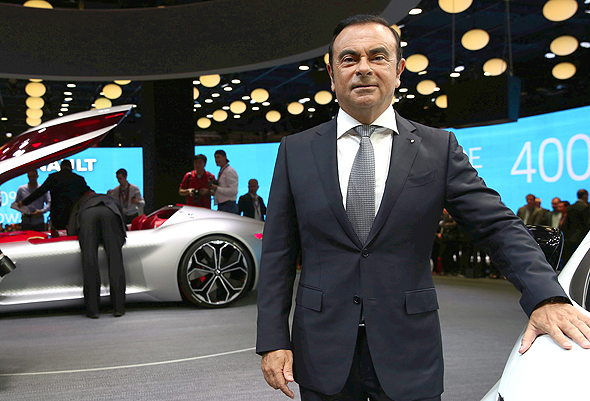 CEO of Renault-Nissan Carlos Ghosn
Renault-Nissan will open a startup laboratory focused on smart car and transportation technologies, to be located in the north of Tel-Aviv.

Merck’s electronics laboratory will be located in Yavne, around 30 km to the south of Tel-Aviv.

The two multinationals won a governmental contract awarding them with up to a third of the set up costs and half of the operational costs in funding, in maximum $1.5 million (5.5 million shekels).

Israeli-registered startups participating in the programs are eligible for a governmental funding of up to $280 thousand (1 million shekels). The funding is intended for the development of a product guided by the corporations running the laboratory.