The generic drugmaker said it is looking to sell Medis, an Iceland-based company it bought in 2016

TAGS:
On Wednesday, generic drugmaker Teva Pharmaceutical Industries said it was looking to sell Medis, an Iceland-based company it bought in 2016.
More on this subject:

Pricey acquisitions and a continuous decline in generic drug prices in the U.S. market have made Teva’s total debt surpass the company’s market capital. 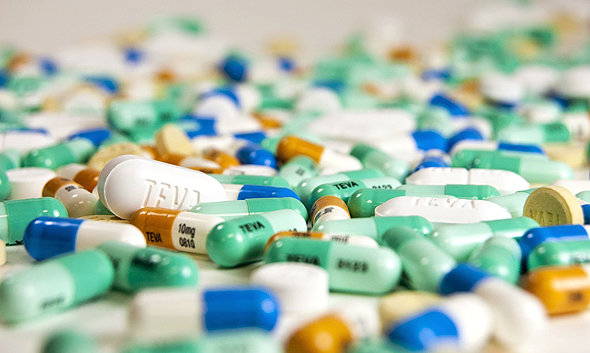 Teva manufactured drugs
Teva’s stock price started plummeting last Thursday, after the company released quarterly reports in which it wrote off $6.1 billion and fell short of analysts' forecasts. Since then the company’s stock price was cut by 44%, reaching a 14 years low. The company is also considering selling some of its respiratory treatment assets, one of Teva's core activities, though the deliberations are still at the initial stages, Bloomberg reported Wednesday. Teva would sell $2 billion of assets that were not part of its core business, Teva’s interim CEO Yitzhak Peterburg said in a statement last week. Founded in 1901, Israel-based Teva is the largest generic drug manufacturer in the world and one of the 15 largest pharmaceutical companies worldwide. In August 2016 the company completed the acquisition of Allergan’s generic unit Allergan Generics for $40.5 billion, raising Teva’s debt load to $36.8 billion.

Then on February CEO Erez Vigodman stepped down, and Mr. Peterburg, the company’s chairman, stepped in as interim CEO. Over the next six months, the company failed to recruit a new CEO, despite approaching both Pascal Soriot, AstraZeneca's CEO, and Jacqualyn Fouse, formerly COO of Celgene. Teva’s chief financial officer Eyal Desheh resigned in June. The company was forced to lower its prices after Walmart and McKesson combined forces last year to form ClarusOne, a joint purchasing venture. Generic drug prices in the U.S. are also affected by the FDA's attempt to hasten approval of copycat medicine. Mylan, who was set to release a Copaxone rival called Advair, was affected as well, forcing it to lower the outrageous price it set for its EpiPens. As it scrambles to better its market positioning, Teva may find a silver lining in an announcement made yesterday by Mylan.

After being sent back to the drawing board by the FDA, Mylan announced it is pushing Advair's launch to 2018, earning Teva a few more months with its exclusive heavy hitter.