Founded in 1999 and headquartered in Redwood City, California, Nasdaq-listed Shutterfly manufactures and sells personalized photo-based merchandise including photo albums, greeting cards, and calendars. It employs over 2,000 people and has offices in the U.S. and Israel. The company announced a $1.13 billion annual revenue for 2016 In February. 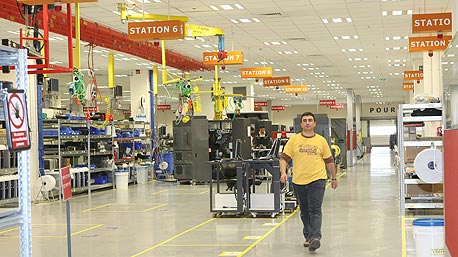 In 2016 the global market for photo printing and merchandise was estimated at $14.7 billion according to a March report by market research company Future Market Insight. Shutterfly’s competitors include San Francisco, California-based Snapfish Inc., and Amazon. The latter launched a competing online service called Amazon Prints in September 2016, Sending Shutterfly's stock price down 14% over the next month.

Weighing 11 tons, each of the presses sold has a price tag of over $1 million, an HP-Indigo spokesman said. HP-Indigo's lion share of the profit will come from the maintenance and supplies the presses necessitate, he said, giving the deal a total worth of over $90 million.