"We have to take responsibility for what happens in our country," said the tech billionaire and Dallas Mavericks owner in an email conversation with Calcalist. Known as a vocal critic of the Trump administration, Cuban was named as a potential challenger to President Trump in the 2020 election by Public Policy Polling.

TAGS:
Mark Cuban's name has been tossed around as a potential presidential contender in 2020 since a report released by Public Policy Polling in August found him to lead over President Donald Trump 42% to 38%. In an email conversation with Calcalist, the Texas billionaire and regular star on ABC's Shark Tank discussed politics and lessons learned from his business ventures.
More by CTech:

The following is an email interview with Mr. Cuban, lightly edited for clarity. 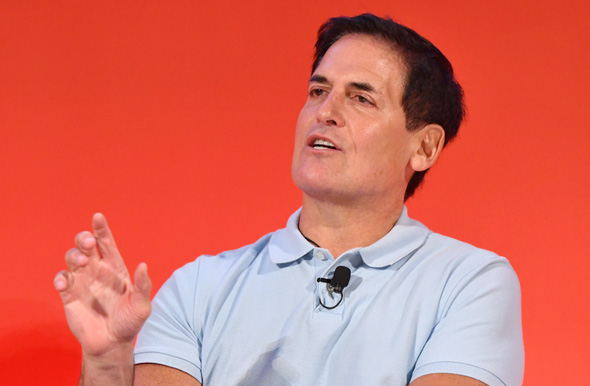 Tech billionaire Mark Cuban
Q: On a recent poll conducted by the Public Policy Polling you came ahead of President Donald Trump in a potential 2020 presidential matchup. What will be the determining factor that will make you enter politics?

A: If I can have an impact, then I will give it serious consideration.

Q: What is the main challenge the U.S. is facing today and how would you handle it were it you in the White House today?

A: You cannot bring people together if you don't connect with people with whom you agree and disagree. Sometimes you have to be willing to sit down and have a beer or iced tea with people who don't agree with you and establish personal relationships.

I think I'm pretty good at drinking beer or iced tea with anyone.

Q: What is your biggest criticism of President Trump?

A: He has not adapted to the office. He is who he is.

Q: You recently said that "being Jewish has given me a foundation for everything I am and everything I hope to be.” Many in the American Jewish community were disappointed and offended by Trump's refusal to condemn the alt-right's actions in Charlottesville. As a Jew, how did President Trump's comments made you feel and how can you explain his insistence to condemn the violence on "both sides?"

But let me add that it's our mistake to expect someone to be who they are not. It's our responsibility to understand who he is.

Q: Do you share the concern held by some Americans that the Neo-Nazi movement is on the rise? How dangerous is it in your opinion and do you attribute the rise to Mr. Trump's presidency?

A: I know two things: even one Neo-Nazi is too many, but if the number is greater than zero, then I appreciate that they are showing themselves so we know who they are and can find out why they have taken such a horrific turn.

And I'm done blaming things on Trump. We have to take responsibility for what happens in our country. This isn't the first time American Jews and other minorities have been under attack here, and it won't be the last. It's up to us to find ways to come together and solve this problem.

Q: Many people around the world still have trouble understanding Trump's presidential win. What do you think was the reason for his victory?

A: Living in Texas, I have a lot of friends who voted for him. At first, I couldn't understand why. I would give them reason after reason why they should not.

Then a friend explained it to me very easily, and he is absolutely right in his logic.

He told me "Mark, I've been voting for politicians all my life and they have done nothing for me or my family. Do you know the definition of insanity?"

Trump's supporters voted for him because he wasn't a politician and he was willing to fight back against all those politicians who let his voters down. This is why condemning Trump won't change his voters' position.

Q: What lessons have you learned as a businessman that can be helpful if you decide one day to run for office?

Q: How strong is the U.S. economy today and are we on the verge of another housing crisis, as many fear?

A: I don't know. It feels strong. But there is so much emotion generated around our politics that it's hard to know.

Q: What is your one advice to an aspiring entrepreneur?

A: Sales cures all.