Venture Capital Firms Miss Out on Blockchain. Here's Why

TAGS:
Venture Capital firms are not investing in blockchain and bitcoin technology, but banks and tech companies are. While the total sum of investment in this field was relatively high this year, half of it came from tech companies such as Microsoft, Intel and Amazon, together with top financial institutions such as Bank of America and Citigroup, and not from Venture Capital companies.
More from CTech:

Here are a few reasons why VCs are afraid of blockchain:

1. Fear of the impact Initial Coin Offerings (ICOs) have on traditional VC business. VCs have sustained many threats, from family offices taking up innovation, crowdfunding, and private equity firms digging into their wallets and investing directly in startups. But never has the danger been so clear and imminent as with ICOs. In the long term, ICOs as a funding vehicle for start-ups could rival the traditional VC model. Blockchain tokens issued by start-ups during an ICO are a more liquid asset than any stock in a private company held by VCs. In the current situation, venture capital funds are an illiquid asset class, and they have to wait 7–10 years to realize their results and measure the IRR. But blockchain tokens are immediate and can disclose a company’s momentum in real time. Naturally, VCs would feel suspicious regarding a real-time investment model that challenges them. Also, ICO might bring to the table another new kind of investor, making deals less exclusive than what they used to be, on a scale that crowdfunding hasn’t done yet. On the other hand, this will demand disclosure by startups of performance indicators in the public domain. In that way, GPs and LPs will have a clearer idea of the performance of their portfolio. 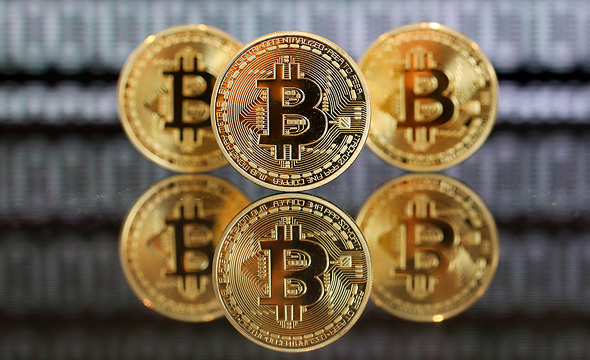 2. Inability to separate blockchain as an infrastructure for businesses from Bitcoin and ICOs: Blockchain is a technology concept that can turn over industries. It is a secured and distributed electronic ledger, which allows all transactions — such as payments, loans, and contracts- to be tracked in real time. Bitcoin is a coin that can be used for digital transactions, and ICOs are a method for raising money using the offering of digital coin based tokens. Most VCs will not even go so far as understanding these nuances, not to mention acting rationally upon each of these sectors.

3. Inconvenient Regulation: Last month the SEC declared blockchain tokens to be considered securities, rather than assets. This decision puts the U.S. in an inferior position relative to countries such as Switzerland and Singapore that treat blockchain tokens as assets. In order to attract investors and make the ICO process easier, U.S. blockchain companies might list in those countries, or else use regulation S and D exemptions with the SEC in order to raise funds. That limits American funding to a mere 99 accredited investors, but does not limit global investments.

4. Few exits and high rate of failure: As an immature discipline, Bitcoin and blockchain companies not only have a poor history of exits, but also a high rate of failure. According to research focused on cryptocurrency investments listed on the Coindesk database, 14% of a total number of VC-backed blockchain and Bitcoin companies went bankrupt or were sold in a fire sale. 85% of them were focused on Bitcoin. The numerous M&As in the business mainly concentrated around Bitcoin exchanges, and do not seem to be related to VCs.

5. Blockchain was unscalable and not business oriented until recently: Putting aside cryptocurrency mining, which consumes a lot of energy, blockchain frameworks are not efficient enough for business applications. Ethereum, for example, processes around 16 transactions per second. However, Microsoft has recently showcased a blockchain framework that processes 1,600 transactions per second.

6. Inability to create a monopoly: Investor Peter Thiel once said that “entrepreneurs starting a company should aim for monopoly and avoid competition.” However, the idea behind blockchain, a decentralized and public network, is intolerant to monopolies.

7. Investing in ICO is still dangerous: In the current situation, direct investment in ICOs entails perils for VCs besides regulation. This includes a complicated process of cashing out (of a digital coin), currency’s high volatility, the high cost of capital in due diligence, and a reduced defensibility in the case of a large investment, according to a paper by Lerer Hippeau investment firm.

How Can VCs Get Involved with Blockchain?

It might be a little too late for VCs to join the blockchain revolution. The original early stage cherry-picking model of VCs calls for identifying a revolutionary technology before anyone else, rather than jumping on an already moving wagon.

In addition to traditional equity investment in blockchain-oriented companies, VCs can act prudently, starting with new and creative formations. For instance, they can raise blockchain dedicated funds or hedge funds, re-contracting their LPs regarding the new rules of the game, such as raising a part of the fund through ICO or investing in liquidated securities such as cryptocurrency tokens.

Another option is to invest in the economy created by an ICO, or in its token adoption, rather than buying tokens in the ICO itself. This can be done by providing money, real estate, computing power, guidance or support to developers that are building on top of the blockchain protocol.