Osaka-based Mitsubishi announced it delisted NeuroDerm from Nasdaq yesterday and will pay NeuroDerm's shareholders $39 in cash per ordinary share. 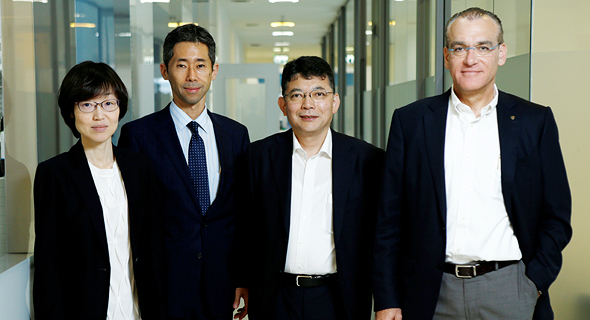 Founded in 2003 and based in Rehovot, 14 miles south of Tel-Aviv, NeuroDerm is a clinical-stage company developing treatments for central nervous system disorders and specifically Parkinson disease, a degenerative disease that causes motor problems like shaking, rigidity, and later dementia. Four to six million people in the world are currently suffering from the disease, according to the American Parkinson Disease Association, which estimates the market size for the disease's treatments at $3 billion a year.

Orally-taken Levodopa, versions of which are manufactured by various companies including Mylan N.V. and Merck Sharp Dohme, is the most effective drug available today for Parkinson. Current versions break down in the body within 90 minutes of administration, meaning patients who receive the drug feel its beneficial effects only some of the time. NeuroDerm's leading product, a liquid reformulation of Levodopa and a second Parkinson drug, makes it possible to administer the drug continuously via a pump. NeuroDerm expects to submit an application to the U.S. Food and Drug Administration in 2018 and receive approval by the end of 2019, the company's CEO Oded Lieberman said in an August interview with Calcalist. In the initial announcement of the deal, Mitsubishi Tanabe said it expects the deal would help it achieve sales of over $700 million in the U.S. by 2020. NeuroDerm will keep its name and become a wholly-owned subsidiary of Mitsubishi Tanabe, which will merge an existing division of the company into it.
Cancel Send
To all comments