In 2011, Katrina Lake was in her second year at Harvard Business School. In a small Boston apartment, she dreamt of providing personal fashion assistance to everyone. Six years later the company she founded, Stitch Fix, is going public, with over $1 billion revenue run rate, positive earnings before interest, tax, depreciation and amortization (EBITDA) and over two million active customers.

Stitch Fix is about bringing back personalization into the fashion retail experience, after it was lost in the migration to ecommerce. Customer-submitted data, such as size, fit, price preference, and style, is processed by data scientists and algorithms enhanced with insights from troops of stylists. Customer feedback is collected and analyzed to improve customer experience.

Stitch Fix disclosed limited cohort data, making it difficult to fully understand the health of its business. What we do learn is that customers spend more in the first six months of the service than the next six months, and similarly spend more in the first year than the second year. This could mean that customers are getting tired or bored with the service, and that the company has to push harder for more innovation and engagement. On the positive side, it seems that with time the company improved its offering as there is growth in the average number of items purchased per ‘Fix.’

The company didn't disclose its valuation expectations, but we do know that it bought shares from employees last year at a $2 billion valuation (Ms. Lake sold shares for $1million), which would be in line with the 2X revenue multiples of online fashion companies such as Asos and Zalando. But, according to Reuters, the company could be looking for a $3-$4 billion valuation, which means they will try to sell the story as a data or tech company and not as an ecommerce business.

My five favorite learnings from the prospectus are: 1. We grow profitably, get up everybody and sing 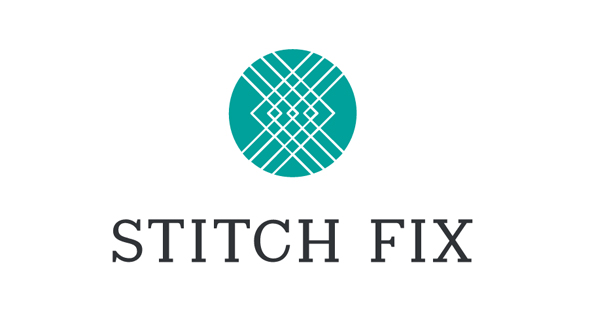 Searching the prospectus for the word Amazon yields only two results – none related to competition (unlike the word data which appears 229 times).

"We compete with department stores, specialty retailers, discount chains, independent retail stores, the online offerings of these traditional retail competitors and eCommerce companies that market the same or similar merchandise and services that we offer".

The above is the prospectus section about competition. As you can see nothing about the giant from Seattle. While Amazon Wardrobe is considered by many a direct and imminent threat to Stitch Fix, I tend to agree with the company it is not. The Stitch Fix fashion experience, powered by 3,500 stylists and a 34 year old fashionista founder, is miles apart from Amazon's.

So what were the two mentions of Amazon in the prospectus if not competition-related? One was the company's CTO's resume - Cathy Polinsky spent some time in Seattle. But the more interesting mention of the A word (no offense, Cathy) is in the risk factors section, under System interruptions:

"…we have experienced interruptions in the past. For example, in February 2017, as a result of an outage with Amazon Web Services, where much of our technology infrastructure is hosted, we experienced disruptions in applications that support our warehouse operations and order fulfillment that caused a temporary slowdown in the number of Fix shipments we were able to make".

Like Netflix and many Amazon retail competitors, Stitch Fix is also dependent on Amazon Web Services (AWS) for its infrastructure. Other retailers such as Target opted to leave AWS because of the retail-side competition, according to press.

Efficiency. Efficiency is usually defined as the ratio of the useful work performed in a process to the total energy expended. Stitch Fix redefines efficiency in ecommerce – a normally capital intensive industry. The company scaled to a billion dollar revenue business in a few years, with only $42.5 million of equity. If we assume a valuation of $2 billion, that’s only 2% of the company's value, or 1% if the valuation reaches the rumored $4 billion (which sounds way too high to me at 4X revenue multiple, but who knows). This is unique. Raising so little capital must have pushed Lake and her team to be very efficient and effective in marketing, without spending too much on (non profitable) customer acquisition, which often happens at heavily financed e-com startups.

If you have read this far and have two eyes, by now you understand Stitch Fix was founded by a woman (actually two women, Erin Morrison Flynn co-founded the company with Ms. Lake). But you might not know that 55% of the company's management team and half its board of directors are women. This isn't very common in the Silicon Valley. Stitch Fix has over 5,800 employees, including over 3,400 stylists (many part timers), 1,500 full time fulfillment center employees, 200 client experience employees, 95 engineers and 75 data scientists. Now for the final number: over 86% of the company's employees are female. Who runs the world then? Yeah.

In the Amazon Era, to start an ecommerce company is challenging. To survive as an ecommerce company is even more challenging. And to grow to $1 billion in revenues, profitably, with only $42 million in capital raise – that's just awesome. We can just keep fingers crossed for the IPO to succeed and bring some energy and hope to the many small player trying to survive the commerce wars.

Mr. Shinar serves on the boards of Berlin-based Rocket Internet, the Global Fashion Group, and several other global internet companies as Access’s representative.