The Israeli State Comptroller says tax exemption totaling in “billions of Shekels” given to foreign investors over the past 20 years are “Not Grounded in Legislation.” The analysis was presented in his annual report for 2017, published Wednesday.

The Israeli tax system offers incentives to investors mainly through an Israeli state law encouraging capital investments. No current Israeli regulation addresses the taxation of investments by foreign capital funds in separation from the taxation of local entities. As part of Israel’s tax legislation, the Israeli Minister of Finance is authorized to grant partial or full tax refunds to foreign nationals if the tax paid in Israel is higher than the tax paid in their country of origin. In the current state of affairs, exemptions are granted to foreign investors on a pre-taxation basis, according to the report. 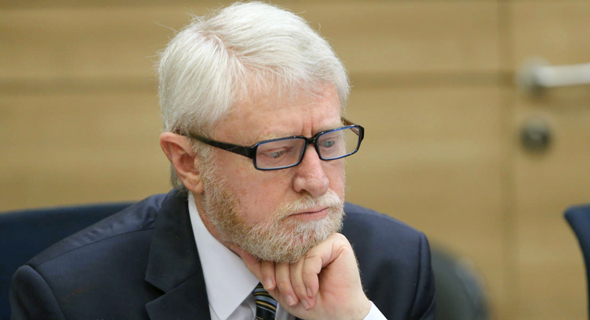 Starting in the 1990's this clause has been used to grant tax incentives to foreign capital funds and investors, including tax exemptions on capital gains, dividends, and interest "without explicit legal authorization," according to the Israeli comptroller report.

The report authors go on to say that Israel has never assessed these exemptions in terms of their contribution to the Israeli economy. Citing the examples of France, Portugal, Russia, India, China and Germany as countries where capital investments are taxed, the report authors say Israel’s relevant domains should be reexamined.

“In the last 20 years Israel has become a world leader in the domains of scientific research and development,” the response read. “The Israeli tech industry contributes tremendously to the growth, productivity and success of the entire Israeli market, by increasing industrial export and by directly and indirectly employing tens of thousands of people,” the tax authority comment reads.

Calling foreign investments “the oxygen” of the Israeli technology industry, the Tax Authority further touted the high-risk of venture investments, citing a study saying 96% of all startups shut down without creating any returns for the investors.

"The interpretation adopted by the ministry prevents unnecessary bureaucracy and assists foreign investors,” the Authority said in an emailed comment to Calcalist. It further noted that exemptions are currently given mainly to foreign funds “that make a clear, significant contribution to the development of the Israeli market and tech industry.”