In October, the company announced it plans to open a lab in Tel Aviv, as part of a $15 billion global research and development push

Chinese e-commerce company Alibaba Group Holding Ltd. has agreed to buy Israel-based personalized QR code startup Visualead Ltd., according to a person familiar with the deal who spoke on conditions of anonymity Wednesday. The deal is worth tens of millions of dollars, that person said. A second person familiar with the contacts confirmed the companies were recently discussing a possible deal.

Founded in 2012 in Herzliya, nine miles north of Tel Aviv, Visualead raised $10 million to date from Alibaba and other investors, including Tel Aviv-based Kaedan Capital Ltd. and Herzliya-based Entrée Capital. A third person familiar with the contacts between the companies said Alibaba was given the option to buy Visualead or some of its assets for a company value of a few dozen million dollars as part of the investment agreement between the companies.

Alibaba has yet to respond to Calcalist's request for a comment. 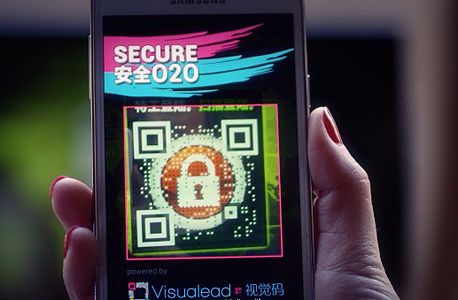 If completed, the acquisition would be Alibaba’s first in Israel.

Visualead develops a software that creates personalized QR codes which users can scan with their smartphones. Visualead’s codes differ from the typical black-and-white codes by incorporating colorful designs. In the e-commerce industry, QR codes serve as optical labels that contain product information, allow for product tracking and protect against counterfeit.

In 2015, Alibaba invested in Jerusalem-based venture firm Jerusalem Venture Partners. In October, the company announced it plans to open a lab in Tel Aviv, as part of a $15 billion global research and development push.