Mobileye, Mellanox and CyberArk are also on the list

TAGS:
YouAppi, Yotpo and Monday.com are the top three companies on Deloitte's Israel Technology Fast 50 list, published Thursday. The annual list, published by the Israeli branch of London-headquartered accounting firm Deloitte Touche Tohmatsu Ltd., is based on the percentage of revenue growth reported by the companies for the years 2013-2016. 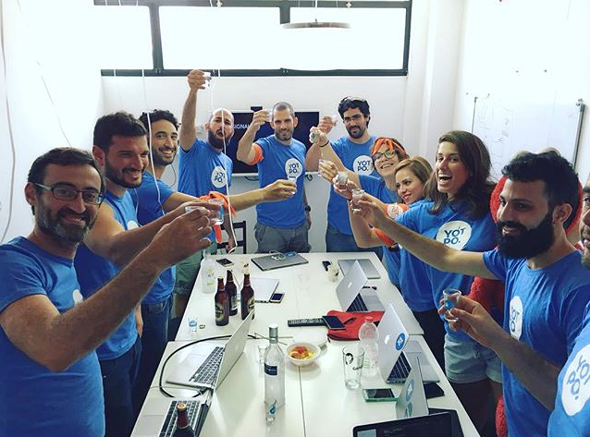 Mobile advertising and marketing service YouAppi, founded in 2011, dominates first place with a four-year growth rate of 16,230%. According to the company's website, its platform is used by over 2 billion people in over 200 countries and territories.

In second place came Yotpo, a startup developing and marketing a service that enables brands to collect, manage and respond to user-generated content. The company, which announced a $51 million Series D earlier this month, reported a four-year growth rate of 8,703%. Team management service Monday.com, formerly DaPulse Labs, came in third with a four-year growth rate of 5.878%. The company launched as an independent startup in 2014 after starting as an internal tool at Wix. Jerusalem-headquartered automotive chipmaker Mobileye, bought earlier this year by Intel for $15.3 billion, ranked 17th on the list, with a four-year growth rate of 341%. Nasdaq-listed cybersecurity company CyberArk Software Ltd. ranked 20th on the list, with a 227% growth rate. Nasdaq-listed Mellanox Technologies Ltd., which provides computer server and storage products, was ranked 35th, with a growth rate of 119%. Deloitte publishes regional lists of the region's 50 fastest growing tech companies once a year. Winners of the local programs are automatically eligible to participate in the three regional Deloitte Technology Fast 500 programs; one for North America, one for Asia Pacific and one for Europe, the Middle East and Africa (EMEA).

"We are seeing an increasing trend of companies focusing on business growth, demonstrated by a revenue growth of around 80% seen in the companies listed," said Shally Tshuva, Lead Partner for strategy practice and TMT industry in Deloitte Israel. "This year's winning company showed almost double the growth rates of last year's winning company, indicating the strength of this trend in the Israeli market."

"This year's top companies managed to list very highly on the EMEA Fast 500," he added.

Deloitte's EMEA Fast 500 will be announced on December 7 in a ceremony in Paris. Previous notable Israeli companies who made the list are content discover company Taboola.com Ltd., which placed second out of 500 in 2014, and online genealogy platform MyHeritage, which placed 10th in 2013.
Cancel Send
To all comments
Buzz