Founded in 1953 and owned by the Israeli government, IAI is Israel’s largest aerospace and defense company specializing in developing and manufacturing advanced systems for air, space, sea, land, cyber and homeland security. The company develops products such as satellites, jets, missiles, weapon systems, and unmanned and robotic systems for government and commercial customers worldwide. 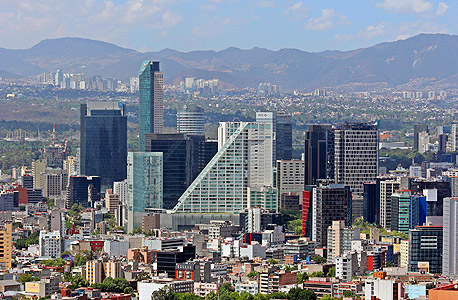 In a statement, the IAI said that Mexico's defense imports grew by approximately 200% since 2012, making it one of the largest importer of defense systems in Latin America.

"We consider Latin America, and specifically Mexico, an important market with significant potential,” Eli Alfassi, executive vice president of marketing at IAI, said in a statement. The company plans to increase its presence in the region to pursue opportunities, Mr. Alfassi said in an interview with Calcalist Tuesday, adding that Mexico is a potential buyer for the company’s radar systems, drones, and cybersecurity systems.