The web needs a reboot. Commercial companies and governments have found new ways to wield power and need to be limited, says the Harvard researcher

In a 2006 book called “The Wealth of Networks: How social production transforms markets and freedom” (Yale University Press), Yochai Benkler theorized that the internet would bring about a revolution that will democratize access to power. Back in 2006, Facebook was still a young startup with 12 million users, the iPhone as not in existence, and YouTube was a video startup unaffiliated with Google.

In the following eleven years Facebook, Apple, Amazon, and Alphabet, Google’s parent company, have become global behemoths, collecting in their way an unfathomable wealth of users’ data. At the same time, there were those who learned how to manipulate the data available and use the internet to spread misinformation.

These are the issues that occupy Mr. Benkler, now a Law professor at Harvard and the co-director of the university’s Berkman Klein Center for Internet and Society. "The attitude in Silicon Valley is that if we want it hard enough, technology can solve every problem. In reality, these companies and entrepreneurs are creating very centralized systems without being aware of the risks because they consider themselves to be ‘the good guys,’” says Benkler in an interview with Calcalist. Born and raised in a Tel Aviv suburb, for three years in his life Mr. Benkler was a member of a rural desert community at Kibbutz Shizafon, around 45 miles north of the Gulf of Aqaba. After leaving the Kibbutz, he studied law at the Tel Aviv University, went on to study at Harvard and Yale, and became the first Israeli-born clerk at the U.S. Supreme Court.

Q: Concentration makes financial sense. Peter Thiel says that building a monopoly is the most profitable thing one can do.

A: “Thiel is a dangerous man, representing businessmen willing to burn everything and anyone around them to make a profit. This is the attitude that created global warming, and the tobacco epidemic and the cancer epidemic that followed. In a sense, Thiel is not very interesting. It's too easy to criticise him, and he is only worth noting because of his money. The more interesting problem is Mark Zuckerberg, who considers himself a good person, who wants to do good in the world. He invests in philanthropic causes, and on the way establishes authoritarian systems.” 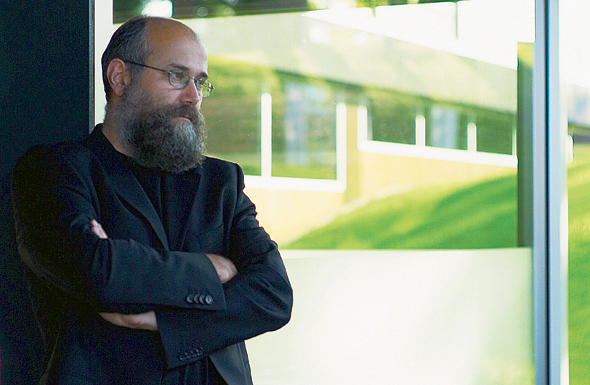 Do you think Mark Zuckerberg understands what he built? Do you think anyone knows what Facebook is?

“Zuckerberg does not understand it, just as none of us truly understands what Facebook is. These systems are so complex, compound, fast-moving. It relates to every aspect of life. It is very difficult for us to understand the effects of such systems. We have been studying them for two year periods at a time, going on to summarize the findings, then realizing the world has changed, and that we need to go back to the drawing board. I don't want to simply say that Facebook is ‘unaware,’ because it is easy to be unaware when you don't want to be aware. One of the biggest issues is that Facebook does not give access to its data to anyone outside of the company. There is no real research on Facebook outside the company. These are systems that influence economics, politics, culture, and society, but information on the way they operate is inaccessible. It's like asking tobacco companies to research the connection between tobacco and cancer or ask sugar manufacturers to report on the connection between sugar and obesity. You simply can’t do it.” Mr. Benkler has been researching the legal, social and commercial aspects of the internet revolution since the mid-1990s. The decentralized web, which was not controlled by any one factor, emerged after decades of a centralized information economy, democratizing access to power, according to his theories. “The cultural and information economy was spun around expensive means of production - radio transmitters, printing machines. Television studios, cable networks, and satellites,” Mr. Benkler said. “Personal computers and the internet allowed people to bypass the power sources of the past, and made way for new models of power.” “At that time, there were deterministic optimists who were confident that technology was decentralized at its core and democratic, and would lead to a democratization of culture, politics, and information. Then there were those, like me, who were cautiously optimistic, who said, ‘yes, there is a potential for democratization and decentralization, but there is also a deep struggle with groups who will try to consolidate control over this network.’ and there were also the pessimists, who even then said that the internet would promote extremism and damage our ability to tell right from wrong, and know truth when we see it.”

The power that the web giants amassed in the past decade had made them the new gatekeepers, Mr. Benkler said. “Once the technology pertaining to data and behavioral marketing improved, it gave Facebook and Google unusual power. It allowed them to manipulate and influence the way they draw conclusions, and the way they understand the world. Those companies can either use this power or sell it to anyone who wants it.”

This is the business model by the biggest web companies, according to Mr. Benkler. “We saw this power to manipulate at its peak during the last U.S. presidential elections. News reports and an academic research have shown how Donald Trump’s campaign was able to use Facebook’s targeted ads to reach and influence very targeted groups to weaken Hillary Clinton.” “We still have impressive democratic liberties. The discourse concerning police shooting of unarmed black men in the U.S. is an example. It’s not as if police started shooting black men in 2015. What changed is the fact that more people can make videos, put them online and share them. This has changed political discourse. Citizens today have a real ability to change the social agenda, and that is one way in which the decentralized system promotes democracy. But we must remember that even in this democratic reality, protest is not necessarily the same as political mobilization. We saw it during the Arab Spring: when the excitement from what Facebook and Twitter enabled died down, the protesters were left with no real alternative.” Fake news, Mr. Benkler says, played a marginal role in the elections; focus on fake news is a distraction from a far more important disinformation campaign led by right-wing media outlets. He came to this conclusion after analyzing with other Harvard and MIT researchers around two million stories published on Twitter, Facebook in the 18 months leading to the election. Funded by the Open Society Foundations, a grantmaking network founded by George Soros, the result was a fascinating map of American media, showing the major influence of Fox News, and non-mainstream right-wing publishers including Breitbart, The Daily Caller, Truthfeed, and Infowars. “We can definitely say fake news is in the data, but such stories did not create the narrative of the election. Rather, these stories complemented, and were attached to narratives intentionally created by right-wing political operators,” Mr. Benkler says. “The emphasis that is given to fake news takes the attention away from the real creators of the aggressive narrative presented by the right. Instead, we should be looking at what would be safe to say is propaganda or a disinformation campaign by political operators aimed to mislead and provoke.” Q: Who were the main agents? A: “The three main suspect. The foremost, and most clearly present in the data was a cluster made of Bannon at Breitbart, funded by Robert Mercer, and around him far-right web media creating a propaganda network. The second suspect is Russia, and now we have concrete reasons to suspect its involvement. The third is the national-antisemitic-racist right, acting out of the establishment to put polarizing false narratives into work in the public sphere. All three are suspect in one-sidedly having shuttered the national-level discourse in the U.S. The result is that over 40% of Trump’s supporters believe a Clinton staff member was part of a pedophile ring.” Q: Don’t you see similar things on the other side of the political map? A: “It’s not as if there is no disinformation on the Democratic side, and it is not as if no one attempts to present ludicrous ideas from that side of the political map, including those who push out fake news, but most Democrats would continue to follow professional news media, making it harder to spread false and polarizing stories that go unamended. On the right side of the map, mainstay media outlets themselves constantly publish falsehoods. As a media organization, Fox News is fundamentally different from, say, CNN.” “Breitbart was turned into a bridge between the alt-right and mass media, Towards the end of the elections it had more daily visitors than The Wall Street Journal, becoming a mass media that is fed directly by anti-semitic racial right.”
Related stories:

According to Mr. Benkler, some right-wing supporters found themselves in a separate media reality. A technology-induced filter bubble on social media, he now believes, was not the source of the phenomenon. The research revealed an anomaly: while center-left stories shared on social media were created by the bigger, more central publications, like The New York Times, The Washington Post, or CNN, distribution on the other side of the map was tilted towards far-right publications.

Q: In the past you were promoting decentralization. Now, it seems, you focus on the importance of gatekeepers in the media. A: “I focused on the freedom that can come by way of radical decentralization, when production of information, news, and culture, software and information infrastructure are all centralized. The world has changed. Entities like Google, Facebook, agencies like the NSA, and now Russian actors, and web actors like white supremacists have found ways to utilize modes of power enabled by the decentralized web. This insight drove me to seek arrangements that would overcome the weaknesses in decentralized systems. The same way a state is not an ideal solution and the free market isn’t, the last decade has taught us that even decentralized systems separate from both state and market can fail. Such systems need to be adapted. To see how to use what works, giving people freedom and creativity unavailable in closed systems, but without the weaknesses.”
Cancel Send
To all comments
Buzz