In an interview with Calcalist in Jerusalem, President Trump’s short-lived communications director discussed the now-infamous call with a New Yorker journalist, and Republican forces attempting to “contain the president"

TAGS:
Last Monday, Anthony Scaramucci was standing in front of a yarmulke-wearing crowd at the King David Hotel in Jerusalem and touted some of the Yiddish words he knows.

A Wall Street financier Mr. Scaramucci was appointed in July by President Donald Trump to serve as the White House Communications Director. He lasted 10 days before he was ousted over a series of blunders he delivered in a conversation with New Yorker magazine writer Ryan Lizza, including the use of profanity to describe other members of President Trump’s inner circle.


This week, Mr. Scaramucci was in Jerusalem and he appeared onstage as a special guest at an event hosted by the Orthodox Jewish Chamber of Commerce, a U.S.-based business networking organization and advocacy group. Senior Israeli politicians, including Israel’s Minister of Transportation Yisrael Katz, Israel’s Minister of Justice Ayelet Shaked, and Israel’s Minister of Education Naftali Bennett, attended the event as well. One the sidelines of the event, Calcalist caught up with Mr. Scaramucci for an interview about President Donald Trump, the New Yorker story that led to his ouster, and his personal philosophy. Following is a partial transcript of the interview. Q: You sold your company in order to join the administration. You pushed for the firing or Reince Priebus and Sean Spicer, and then you found yourself on the outs. Was it worth it? A: I didn't see myself lasting too long because at the end of the day the president asked me to come in and figure out who the leakers were and fire the leakers. Once you’re a declared hatchet man, it’s very hard in Washington to stay in a long-term job. I have this opportunity now to help the president from the outside and to run my family assets and think about a new business. For all those reasons, I think it was certainly worth it. Q: I am not hearing any resentment toward Chief of Staff John Kelly. A: General Kelly and the president made a decision they didn't want me there and I accepted it as gentleman and I shook hands with General Kelly and I wished him well. No animosity there. I still feel very much a part of the philosophical team and a long-term part of the agenda. Q: There’s lots of talk about how the three Generals surrounding Trump are there to contain him. A: There’s an establishment Republican movement, primarily a never-Trumper movement that thinks it is their job to somehow contain the President. I don’t think the three of them are in that role at all. All three of them are there to serve the president. We would all be better served if we allowed him to express his personality. It was his personality that won the presidency. Q: Is there a personal philosophy that guides you? A: Try as hard as you possibly can but don’t sit there and dwell on the past. You make mistakes in life. Not a big deal. Everyone makes them. We are all fallible in some ways. I like acknowledging my own mistake because I think it expresses my humanity. Q: Are you talking about the Ryan Lizza story that ran in the New Yorker? I made a mistake. I am fully accountable for it and I also paid the price for it by losing my job. It’s a message to young people. Be accountable and accept responsibility for your actions. But here’s what I would say about that. It does give journalists a bad name. There was a level of dishonesty there. He didn’t have to go in that direction with me. One of the things that he did was that wrote the New Yorker article in this very aggressive, very bombastic way like I was unhinged. But when you listen to the transcript it’s like you and I talking right now except that I had a little more salty or a little more locker room language. It is what it is. I own the conversation. I don’t walk it back in anyway. What I said about those people, taking out the expletives, is more or less true. I didn't hold back. My attitude was the president asked me to do something. I went in there all guns ablazing and I handled it more the way a corporate CEO or entrepreneur would handle it than the way a measured political operative would have. I didn't have any experience being a political operative and moreover, I don’t really like political operatives. I don’t like the whole backstabbing and the person saying something gratuitous and nice to you in your face and then they are out lying about you to the press or they are trying to stab you in the back. I am more of a front-stabber. I’d like to tell you exactly how I am feeling right in the face. Q: Let’s get back to President Trump. Sure he wanted to win, but did he want to be president? A: I always find this to be one of the media narratives about him. I think it’s one of those false narratives. He was playing to win from the day he announced. He built an apparatus around him. He thought strategically about it. He also believed, and he was right on this, that he could get there by deploying less capital and less personnel. When people say ‘he didn't really want to be,’ ‘he was just trying to,’-- I don't believe any of that.
More by CTech:
There’s a collective will by some of these hardened establishment types that have been around for multiple terms in the senate or house that are rejecting him because they don’t even like the fact that someone that could be that far from the outside could be the most powerful person in the world, could be that close to the inside. They are worried not just about him but they are worried about other American entrepreneurs and successful people that may want to come into the presidency. He has opened that door. He has made that possible. Politicians should really beware the American people are frustrated. They don't like what’s going in Washington. I think the President sometimes expresses that in his tweets. Some people don't like the way he tweets, other people love it. What I would say to both people is he’s going to keep doing it. Whether you like it or dislike it. That’s part of his personality, and part of his strategy.
Cancel Send
To all comments
Buzz 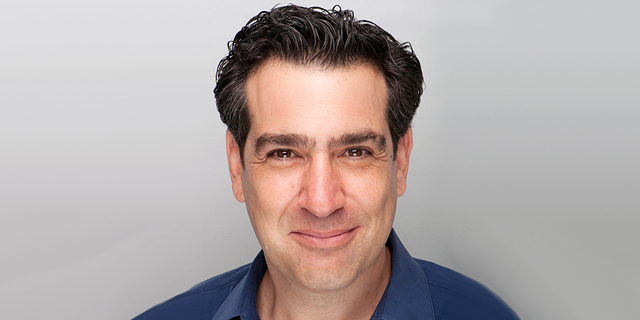