In 2018 U.S. investors may ask Israeli entrepreneurs to move stateside because of Trump’s tax reforms

TAGS:
American investment in Israel-based companies has long been considered consistent and stable, and I expect U.S. investors to again be present in the Israeli investment landscape in 2018. President Donald Trump’s tax reforms will not impact the scale of investments in Israeli tech. However, the changes to the U.S. tax code likely mean that U.S. investors will expect Israeli startups to register as U.S. entities or to move significant operations to the U.S. As for Latin America, I expect increased interest in Israeli technology, with the trend that was set by Mexichem’s acquisition of Netafim, the Israel-based manufacturer of irrigation equipment, this summer. 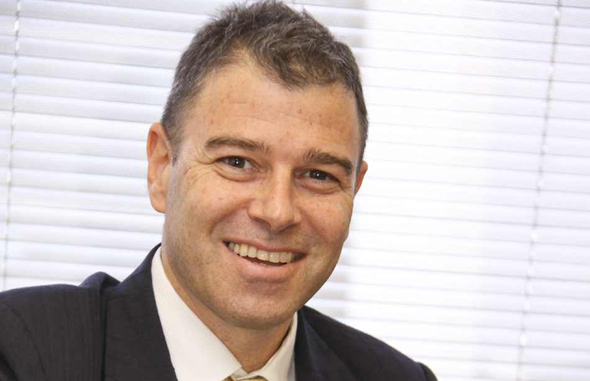 Cukierman & Co. CEO Haggai Ravid. Photo: PR
In August, the Chinese Government reversed this decision and announced that rather than be restricted, technology investments would be encouraged. Since this change, the market has looked more promising. Given the fact that we are still in the first months after the announcement, we expect to see significant pick up in the level of investments by the second half of next year. Superficially, we expect investments in Israel-based companies working in the domains that China has prioritized including advanced manufacturing, cleantech, robotics, IT, automotive, medical, artificial intelligence and biotech. We expect that Europe will continue to represent an excellent market for Israeli technology, and with the economic recovery on the continent, we sense optimism among investors. It is often said that Europe is more developed than Israel in all aspects, but in some cases, we are seeing European companies seeking to learn from Israeli technology. For example, there is wide interest from Italy and southern Europe in Israeli water technology and in cyber security for infrastructure. It’s also possible we’ll see internal European problems, like the uncertainty about the European Union and the Greek debt load, push European-based investors toward Israel. We expect to see more Israeli companies following in the footsteps of Alma Lasers Ltd. by filing for initial public offerings on Hong Kong’s stock exchange. For Israeli companies with Chinese owners like Alma Lasers, an offering in Hong Kong is in many ways more logical and beneficial than anywhere else. For companies that are considering an offering in Hong Kong, the key evaluation will be the delta between comparable multiples and daily volume that they can expect in Hong Kong versus the major U.S. or European exchanges. The most active areas in Israeli tech in 2018 will be automotive, fintech and advanced manufacturing. In China, there is a clear trend emerging—a focus on IP-protected technology in the areas of smart technology, medical devices, robotics, and less attention on companies with innovation in marketing or branding—an area where China itself is well advanced when compared to the West or Israel.
Related stories:

For example, WeChat, the Chinese application, effectively combines Facebook, PayPal, and WhatsApp under one platform. The transferability of innovation in marketing or branding from Western economies, including Israel, to China, is not straightforward therefore the advantages of intellectual property and traditional core technology are far more relevant.