Israeli-related technology companies were sold for $1.5 billion in the first half of 2017 – less than a third of the lowest annual total in the past five years, a new report says

In the first six months of 2017, Israel-linked technology companies were sold for $1.5 billion, shy of a third of the lowest annual total since 2012, a new report says.

Compiled by Israel-based research firm IVC Research Center and Israel-based law firm Meitar Liquornik Geva Leshem Tal, the report does not take into account Intel's acquisition of Jerusalem-based Mobileye as the deal is expected to be finalized in the second half of 2017.

The $15.3 billion deal, an all-time record in the local hub, will bring the aggregated annual worth of acquisitions to a record high. Given the outsized impact of the single deal, the dip in the first half of the year is a worrying sign, say analysts and industry executives.

Deals accounted for in the report include the all-Israeli acquisition of popular New-York based on-demand ride-hailing service Juno by rival Gett, a predominantly equity deal, and the $170 million acquisition of electronics firm Servotronix by the Chinese electric appliances manufacturer Midea. 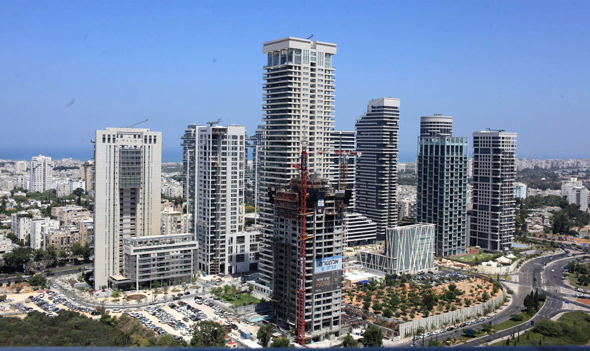 The biggest deal accounted for in the report is the acquisition of Israel-based Valtech Cardio by California-based Edwards Lifesciences for $340 million.

57 deals and public floats accounted for in the report averaged at about $34 million, a significant drop compared to an average value of $87 million dollars in 2016.

“Not enough companies were sold in the past six months and too few deals reached the mid-high price range venture funds are aiming for”, said Koby Simana, CEO of IVC Research Center.

The dip may be attributed to global changes in financial regulation in the U.S. and China, including the prospect of changes in U.S. tax policies and China’s clampdown on overseas spending, explained Alon Sahar, a partner at Meitar Liquornik Geva Leshem Tal.

"New tax laws will affect how Americans manage their money as well as the model underlying deals that are underway. Regulatory restrictions in China slowed down the previously upbeat activity on part of Chinese buyers and prevented Israeli companies from negotiating with potential buyers from China”, said Mr. Sahar.

Many of the buyers active in the Israeli market are undergoing changes related to their core businesses, resulting in lengthier acquisition processes, Mr. Sahar said. Once the new corporate strategy is in place, he added, “those organizations turn to implementation, many times through acquisitions”, he added.

Mr. Sahar added that at times the companies bought are at the center of the strategic change the buyer is undergoing, as in the case of the Intel-Mobileye deal. Other times the acquired company is just a missing piece in the puzzle, he said pointing to Microsoft as a company utilizing this strategy. After a years-long acquisition freeze in Israel, Microsoft acquired several Israeli cyber-security companies over the last few years, becoming the most active buyer in the Israeli market.

Another explanation for the drop in acquisitions and public floats is the easier access companies have to capital at growth stages, according to Dan Shamgar, a senior partner at the law firm. The number of organizations making late stage investments and the capital available for funding growth is higher than ever before, Mr. Shamgar added.