On December 18, Tel Aviv-listed Apollo Power announced the completion of a successful experiment to harness solar power for crypto-mining, sending its stock soaring within a few hours. Later that day, the company filed a clarification, invalidating some of the claims of the initial report

TAGS:
An Israeli shelf company whose stock soared in December after it mentioned a cryptocurrency mining experiment in a filing to the Tel Aviv Stock Exchange is now being sued for providing false information and misleading investors.

A class action lawsuit against Tel Aviv-listed solar energy company Apollo Power Ltd. was filed Thursday in Tel Aviv District Court. The plaintiff, investor Eli Buchris, alleges in his complaint that the company filed a misleading report to the TASE in an attempt to influence investors. 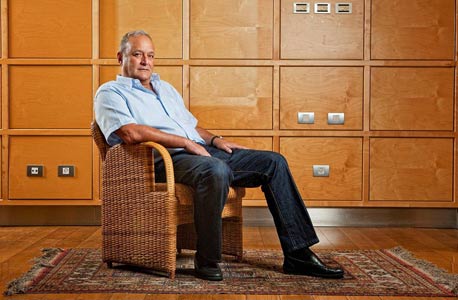 On December 18, Apollo Power announced a successful experiment in harnessing its surplus solar energy to power crypto-mining machines. In the report, the company indicated that the experiment constituted a technological breakthrough, adding that it had filed for a patent in the U.S. for a modular solar system containing a built-in crypto mining component. By that day’s market close, Apollo Power’s stock was up 38%, adding around $4 million (NIS 14 million) to its market capitalization.

A few hours before that day’s market close, Apollo Power filed a second announcement, following a demand made by the Israeli securities authority for further clarification. Apollo Power then divulged that it had conducted the 30-minute experiment three days earlier and that the company was able to mine 0.00054 Ethereum coins, equivalent to 4 cents given the exchange rates at the time. At this rate, the company said, it could potentially mine Ethereum coins worth $130 a year.

Apollo Power concluded the second report by stating that their solar system’s current capacity did not enable it to mine bitcoins. The company did not supply information about the operational costs of the system described.

In his suit, Mr. Buchris said he is one of a group of investors who acted quickly to purchase Apollo Power stock following the company’s first announcement, believing it to be a reliable presentation of the company’s potential entry into cryptocurrency. Mr. Buchris said that the second report, filed later that day, showed the first report was “partial, misleading, false, deceitful, and at the very least negligent.”

Mr. Buchris alleges that Apollo Power caused major financial damage to him and other investors, valued at many millions of shekels.

Following a request for comment, Apollo Power said that it did not receive the lawsuit.

Apollo Power listed on the Tel Aviv Stock Exchange in early November after merging with a shelf company and has been trading with a market capitalization of around $11.7 million (NIS 41 million) before announcing the cryptocurrency experiment. It is one of four Tel Aviv-listed companies to recently announce plans to begin operations in businesses related to cryptocurrency or blockchain technology and subsequently added approximately $200 million (NIS 700 million) to their combined value in past months.

In response, the Israeli securities authority announced in December it will not allow companies whose value is dependent on bitcoin to be included in the exchange’s indices.