IMI develops and manufactures weapon systems for land, air, and naval combat, with products that include guided missiles, tanks, artillery and infantry ammunition, armored vehicles, and explosives. Among IMI’s most successful developments is the Uzi submachine gun, launched in 1950 and used worldwide.

IMI was established in 1933 as the first armament factory of the Jewish settlement in Palestine and became part of the Israeli Ministry of Defense in 1948, upon the formation of the Israeli state. It is now headquartered in the central Israeli town of Ramat Hasharon, with additional locations in Israel, the United States, Thailand, and India.

Established in 1966 and headquartered in the northern Israeli city Haifa, Nasdaq-listed Elbit and its subsidiaries operate in a variety of military-oriented and technological domains, including communications, aerospace, land and naval systems, surveillance and reconnaissance. Elbit employs around 12,500 people worldwide, with 10,000 based in Israel. 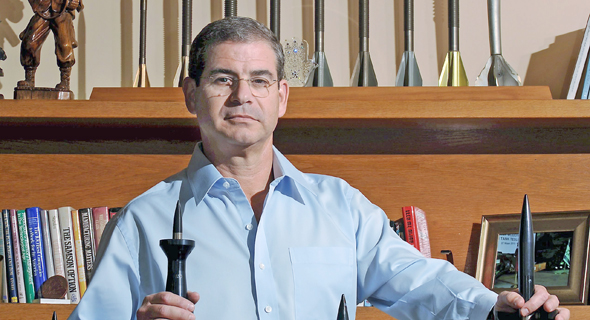 The Israeli Finance Ministry’s Accountant General, Rony Hizkiyahu, is leading the negotiations with Elbit, the ministry said in response to a request for comment by Calcalist. The ministry further added that the negotiations between Elbit and IMI are still in process.

In 2015, negotiations between the Israeli government and Elbit stalled when then-Accountant General Michal Abadi-Boiangiu valuated IMI at $647-706 million (NIS 2.2-2.4 billion), which Elbit countered with an offer of $441 million (NIS 1.5 billion).

Now, the two people familiar with the deal told Calcalist that the Israeli Antitrust Authority is about to complete its examination of the deal, and is expected to approve it. If finalized, the deal is pending the approval of Israeli Defense Minister Avigdor Lieberman and Finance Minister Moshe Kahlon, both of whom expressed support of the deal.

The purchase of IMI is expected to strengthen Elbit against other Israeli defense contractors Rafael Advanced Defense Systems Ltd. and Israel Aerospace Industries Ltd. Israeli weapon manufacturers were responsible for 2.1% of the global weapons sales in 2016, valued at $7.9 billion, according to an annual report on the global weapons industry published Monday by the Stockholm International Peace Research Institute (SIPRI). Elbit, Israel Aerospace Industries, and Rafael were listed among the world’s 50 largest weapons manufacturers.

In November, Elbit filed its third quarter's results, reporting a higher net income and an increase in its backlog of orders, driven by growing defense budgets in its targeted markets. In December, Elbit reported a $74 million, 13-year contract with the Israeli Defense Ministry to set up and operate a flight simulator training center for the Israeli Air Force (IAF). Also in December, Elbit reported a $46 million contract with NATO.