Several people are on the shortlist to replace Yoram Yaacovi, who stepped down in September 2017

TAGS:
Microsoft is mulling the appointment of a new head for its Israel research and development center, a position that remained vacant since Yoram Yaacovi stepped down in September 2017 after 6.5 years on the job.

Similar high-placed vacancies in the Israeli tech scene were filled up much quicker. When Intel announced in August 2017 that the general manager of its Israeli development centers, Ran Senderovitz, will transfer to Intel's global headquarters in the U.S., the company announced the appointment of Karin Eibschitz Segal to the position in the same statement. 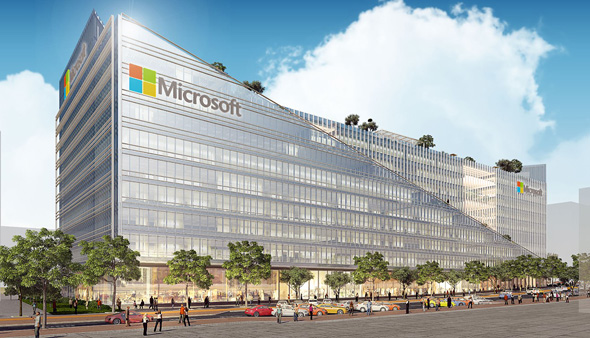 There are several people on the shortlist to replace Mr. Yaacovi, according to two people familiar with the matter who spoke with Calcalist on conditions of anonymity, though Microsoft may also decide not to fill the position.

In 1991, Microsoft set up a research and development center in Israel, the first one to be established by the company outside of the U.S. After acquiring over a dozen Israeli companies, the company currently employs over 1,000 people in the country as part of the operation, with locations north of Tel Aviv, in the Israeli northern port city Haifa, and in Nazareth, the latter opened in 2016 to court talent among Arabs with an Israeli citizenship.

In July, Microsoft announced it will build a new 463,000 square feet (43,000 square meters) campus in Herzliya, a suburb of Tel Aviv. As the campus is only slated to open in 2020, in December Microsoft has leased 32,000 square feet of office space in Herzliya for three years from Mindspace Ltd., an Israel-based coworking real estate company.