From Eye-Tracking to Break-Up Monitoring, Love Tech Can Be the Next Big Thing

Algorithms are already changing the way we manage our love life, but future technologies may make them more satisfying

TAGS:
Eye-tracking and social analytics technologies could mark the beginning of the LoveTech business, Venture capitalist Uri Adoni, a partner at Jerusalem Venture Partners (JVP), said Wednesday. Mr. Adoni was speaking at an event by Calcalist and Leumitech, the technology banking arm of Israel-based Leumi Group, held at the Tel Aviv co-working offices of Labs.

Originally designed to measure engagement with smartphone and tablets, eye-tracking technology by Israeli startup Umoove could be repurposed for use in dates, to measure the level of interest and signal to clueless men and women that time is right to change subjects in a conversation, Mr. Adoni said. 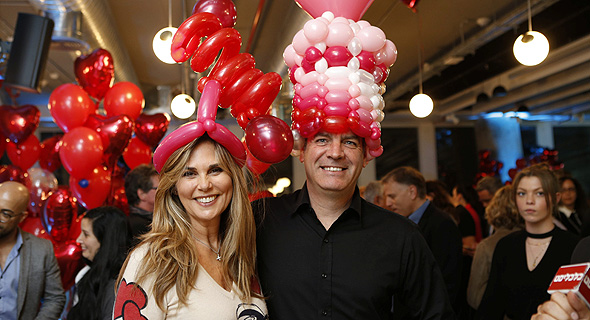 Mr. Adoni also mentioned Personity, one of JVP’s portfolio companies, which developed software that analyzes social media photos and provides personality assessments, primarily to human resources departments, as a potential LoveTech company. “This could be very valuable for dating sites,” he said, adding that a “popular dating site” has already expressed interest in the technology.

"The chance of meeting ‘the one’ is lower than 1:562,” said Liat Yakir, a researcher of neuroscience, cell biology and molecular biology at the Weizmann Institute of Science. “For a perfect match, there are biological, psychological, social, genetic and cultural parameters,” Ms. Yakir said speaking at the event, adding that scientists have been able to predict sexual attraction based on genetic compatibility and our sense of smell. 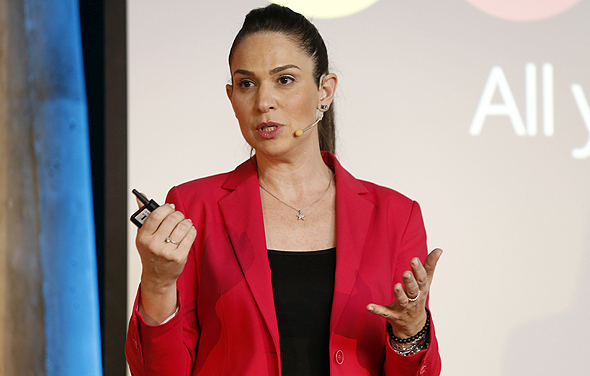 LeumiTech CEO Yifat Oron. Photo: Amit Shaal
Lior Zalmanson, a University of Haifa professor and digital culture and information society researcher and lecturer, said the wealth of choices hinders people’s chances of finding true love more than biological improbability. “Our generation lets apps make decisions on love,” Mr. Zalmanson said at the conference. Mr. Zalmanson said that the wealth of information and choice associated with the digital era is pressuring social media and web users to pursue “original” lives. Combined with the decline in the authority of familial and religious constructs, the overload of possible choices made alternative relationships, from “friends with benefits” to polyamorous relationship, more popular, Mr. Zalmanson said. These alternative relationships also happen to represent a more lucrative business model. According to JVP Partner Nimrod Kozlovski, who spoke at the conference, investors prefer the casual dating model of dating application Tinder to the that of matchmaking services such as Match.com. “While demand for love and relationship is as high as ever, ‘cupid’ doesn’t really make a profit,” Mr. Kozlovski said, adding that while the digital matchmaking industry is a mature one, it is valued at only $3-4 billion a year, and has low growth rate. “This is due to the matchmaking paradox,” Mr. Kozlovski said. “When you provide the service and match two users, you lose two of your best customers.”
Related stories:
According to Mr. Kozlovski, this realization made the online matchmaking industry pivot from a true love model to casual dating model, with many dating sites working to invoke in their users the feeling that there are many good options out there. But while love is not worth much to businesses, breakups sure do. According to Mr. kozlovski, social media platforms can tell when we are about to break up, based on activity analysis. This prediction is worth a lot in direct advertisement money. If you notice a lot of ads for solo travel packages, singles events and ‘treat yourself’ shopping, Mr. Kozlovski said, your social media accounts might know something you don’t.
Cancel Send
To all comments
Buzz