The Startup that Predates 1948

The refugees that made the Israeli miracle possible were entrepreneurs and innovators before those words became a technological catchphrase. Calcalist's publisher Yoel Esteron at the Mind the Tech Conference, New York

TAGS:
I would like to tell you about my parents this morning. They were two young people, Holocaust survivors, who had lost their families in the Second World War and immigrated to Israel after the war. They didn’t have a dime to their names, and they didn’t speak Hebrew. But they had a dream—of being part of the founding of State of Israel, that audacious startup that seemed implausible 70 years ago.

At the time, Israel was no startup nation—it was barely a nation at all. My father’s first job was sticking electric power poles into the ground. My mother had to learn how to read and write from right to left to become a teacher. 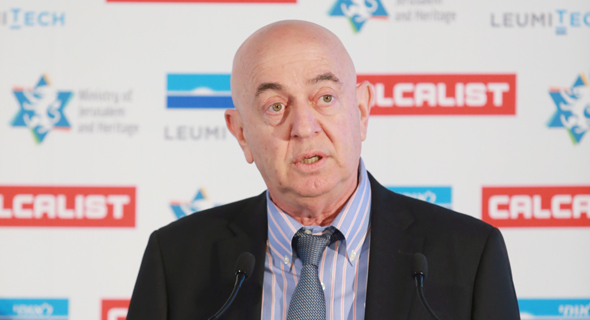 My parents’ story is not exceptional. Jews from all over the world arrived, each with their language and culture. They made possible the Israeli miracle because they did not have any other choice. They were pioneers, they were entrepreneurs, and they were innovative—many years before these concepts became the hallmark of Israeli tech.

On the street where I grew up, in a small town called Holon, which gets its name from the local dunes, there was no pavement and no sidewalk. It was an enchanted playground for the children of refugees and survivors—but our parents wouldn’t let us just play in the sand all day.

They pushed us to study and excel in order to obtain the education they had been denied because of the Holocaust. Almost all the children around me went on to study at the fine universities that cropped up in Israel. We fulfilled the dream of Zvi Hermann Schapira, a mathematician from the University of Heidelberg who wrote, as early as 1882, about a future of Jewish academia in the land of Israel. The Technion Institute of Technology and the Hebrew University of Jerusalem were established many years before the declaration of independence.

The conventional wisdom is that Israeli tech sprouted as a result of the quality of education in Israel and the military’s technological ingenuity and creativity in the absence of substantial resources.

This is all true, but the cradle for Israeli tech existed in 1948 and earlier. The young Israeli entrepreneurs, who came here to conquer Manhattan and then the rest of the world, are the grandchildren of the refugees and survivors who had founded Israel against all odds. It’s the same spirit. It’s the same courage and the same DNA. Yes, the Same DNA that propelled refugees away from 20th-century wars and hunger toward America in pursuit of a dream.

We are here in a city built on the dreams of immigrants. And it’s not just New York. America as a whole has long prospered thanks to multiple waves of immigration.

Every immigrant is an entrepreneur, fighting to make a dream come true despite all the challenges they face in their new country. It’s no coincidence that among America’s most amazing entrepreneurs are children of immigrants, like Steve Jobs and Sergey Brin. You’re familiar with the list.
Related stories:

That’s why the innovation ecosystem in the United States connects so well to the innovation of Israeli tech. And that’s why Israel entrepreneurs understand that their number one destination needs to be America and that their natural partners are American. It’s not only the matching DNA of innovation. This bond is wider and deeper. Like the United States, Israel sought from its first day to be an enlightened, open, just, and sophisticated democracy.

These are the common values that charmed our many friends in the United States and forged the alliance between Israel and America. A conference that brings together the best tech minds of Israel and America is our humble contribution to the two countries’ special relationship.
Cancel Send
To all comments