TAGS:
Amsterdam-headquartered financial services company Exin Group is negotiating the acquisition of Israel-based Clal Insurance Enterprises Holdings Ltd., one person familiar with the matter told Calcalist on condition of anonymity. Exin has made an informal offer to acquire the company according to a valuation of over $1.3 billion after two months of talks, the person added.

Exin offers financial services such as insurance, asset management and reinsurance. In addition to its Amsterdam headquarters, the group has offices in Barcelona, Athens, London and Zurich. In June the group won a tender to acquire a stake in Ethniki Insurance, the insurance unit of Greece's national bank, but a Thursday BloombergQuint report says the group may be having problems coming up with the funds. 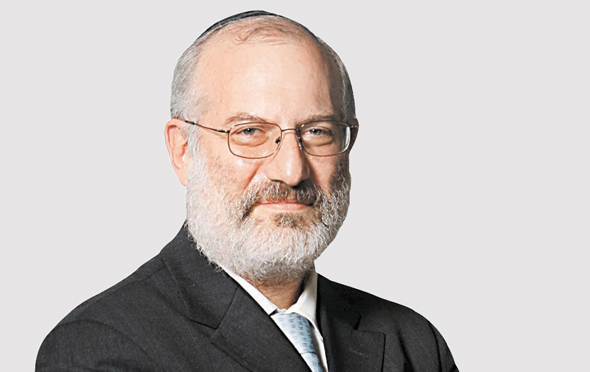 Argentinian businessman Eduardo Elsztain. Photo: Orel Cohen
Exin's offer reflects a compensation of 90% of Clal's equity, which stands at around $1.45 billion, and a premium of 36% on its market capitalization. Argentinian businessman Eduardo Elsztain, who is Clal's controlling stakeholder through Israel-based IDB Development Corporation Ltd., is holding out for a deal according to a company valuation of $1.57-$1.7 billion, 10%-20% above Clal's equity, the person said. Clal's sale has been on the table several times before. In 2014-2015, New York-headquartered insurance firm AmTrust Financial Services Inc. made an offer for the company but withdrew it once Chinese companies came into the bidding with higher offers. In September 2017, IDB announced it has agreed to sell its stake in Clal to Hong Kong-based Huabang Financial Holdings, but the deal fell through in November.

Historically, Israel's regulators have been reluctant to approve the sale of Israel-based companies to Chinese entities. Israeli insurer Phoenix Holdings, for example, had two deals blocked by the regulator: one in 2016 that would have seen Phoenix sold to Chinese conglomerate Fosun International, and one in 2017 that would have seen it acquired by China’s Fujian Yango Group. In December, Phoenix's majority sale to Bermuda-headquartered multinational Sirius International Insurance Group Ltd. was approved by the Israeli regulator.

Another deal that fell through, in August 2017, was the acquisition of Israel’s second largest investment house Meitav-Dash by Chinese affiliated London-based private equity firm XIO Group.

An Israeli law passed in 2013 dictates that by the end of 2019 IDB must decide whether to divest its financial assets, such as Clal, or its non-financial ones, such as Israeli telecommunication company Cellcom, as holding companies are now prohibited from owning both. According to a previous agreement with the regulator, IDB should've sold its stake in Clal, which stands at 39.39% fully diluted as of March 1, by June 2016. As it did not, it must now sell 5% of its stake every quarter. By now IDB has sold 15% of the stake.

Exin has been approached for comment but has yet to reply.
Cancel Send
To all comments
Buzz