NDS develops and sells smart cards that manage Pay-TV services in set-top boxes. It works directly with broadcasters and cable networks, tailoring the product to their needs, allowing customers to access content according to their subscription programs. 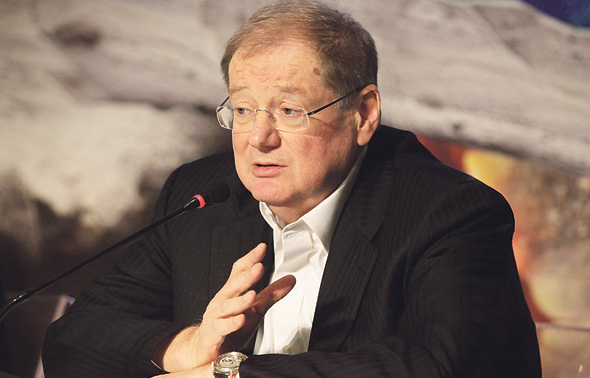 When it acquired NDS, Cisco was hoping to benefit from synergies between the Jerusalem-based company and Scientific Atlanta Inc., a cable-television and broadband equipment maker. Cisco bought the latter in 2005 in a $6.9 billion deal.

Soon after Cisco bought NDS, the first problems with the acquisition began surfacing as top managers started to leave, one after the other. Abe Peled, NDS’s CEO and chairman at the time of the acquisition, left Cisco in 2013.

What may have started as an integration problem, soon turned into a much bigger problem, as the rise of streaming services such as Netflix and Amazon Prime changed the business landscape. Pressured by the new services, Pay-TV service operators had new demands, and sales began to drop.

Cisco was soon to react, offloading the assets.

To be reinstated as chairman following the deal with Permira, in a Tuesday interview with Calcalist Mr. Peled said Cisco, a product-oriented company, is not well-suited to work with the paid-TV market, which necessitates services that can be tailored according to different markets.

Under Mr. Peled’s leadership, Permira hopes to offer existing and new clients technologies that would help them grow in the face of competition from streaming services such as Netflix and Amazon Prime. One of those services is targeted ads. An acute market need and a large client base will help the troubled company grow again, the new owner hopes.

While Pay-TV providers are currently defensive, NDS wants to side with them and help them turn the tables, integrating streaming services into their offering and becoming more than just dumb pipes.

In the spirit of Abraham, Israel-UAE business ties must be built on a foundation of trust
Recommended videos