Mr. Schmidt is a founding partner of venture capital firm Innovation Endeavors which has offices in Tel Aviv

TAGS:
Former Google CEO Eric Schmidt will be arriving in Israel for a mostly private visit this weekend, one person familiar with the matter said in an interview with Calcalist speaking on conditions of anonymity.

Mr. Schmidt, who visits Israel often, is a founding member and the main backer of venture capital firm Innovation Endeavors, which has offices in New York, Silicon Valley, and Tel Aviv. 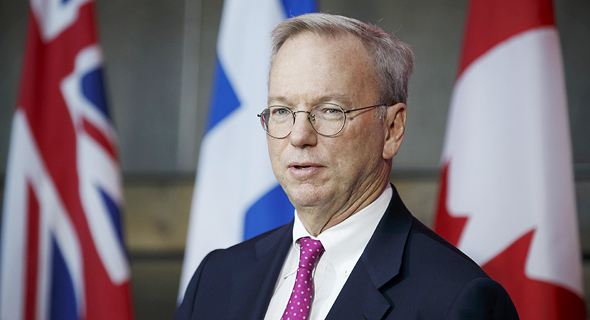