$30 million of the sum is for services to be provided by Spacecom’s new satellite AMOS-17, scheduled for launch in the second quarter of 2019

TAGS:
Israel-based satellite operator Spacecom has signed a four-year $55 million deal with an unnamed non-Israeli communications company, the company announced in a filing to the Tel Aviv Stock Exchange on Monday.

As part of the deal, Spacecom, also known as Space Communication Ltd., will provide the unnamed company various satellite communications services. $30 million of the sum is for services to be provided by Spacecom’s new satellite AMOS-17, scheduled for launch in the second quarter of 2019. According to Spacecom’s filing, the sections of the deal referring to AMOS-17 depend on the satellite becoming operational by November 20, 2019. 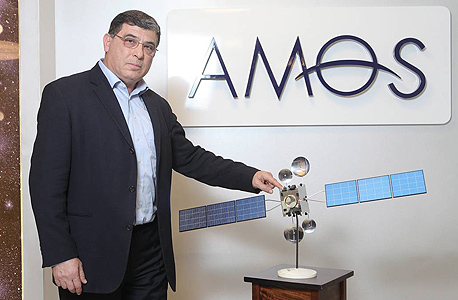 AMOS-17, which will mostly provide service to Africa, is currently being constructed by Boeing Satellite Systems International as a replacement for AMOS-5. Expected to have a 15-year lifespan, AMOS-5 stopped responding to communications while in orbit just four years after its launch.

In 2016, Amos-6, another Spacecom satellite, was destroyed in a pre-launch SpaceX explosion. As a result, the company had to lease another satellite, and an acquisition offer for the company was scrapped.

In March, Spacecom announced it has contracted Palo Alto, California-based Space Systems/Loral LLC to construct AMOS-8, meant to replace the satellite leased by Spacecom for $22 million a year for a four-year period, after the 2016 explosion.

In an April filing, Spacecom announced it has received a letter from an Israeli government official, informing the company that the state intends to “work towards placing a satellite by Israel Aerospace Industries Ltd.,” a state-owned company, at the geostationary position intended for AMOS-8, which belongs to Israel.