Called Konnect, the campus will offer mentoring and consulting services to local startups operating in the domain

Volkswagen Group has opened an innovation campus in Tel Aviv, the automaker announced Tuesday. Called Konnect, the campus will be headed by Volkswagen executive Stephanie Reimann, who will move to Israel to direct the group's scouting activities in the country.

In November, the group's Barcelona-based subsidiary automaker SEAT S.A. announced it is establishing a technology scouting operation in Israel, in collaboration with Champion Motors Ltd., the local importer of SEAT cars. 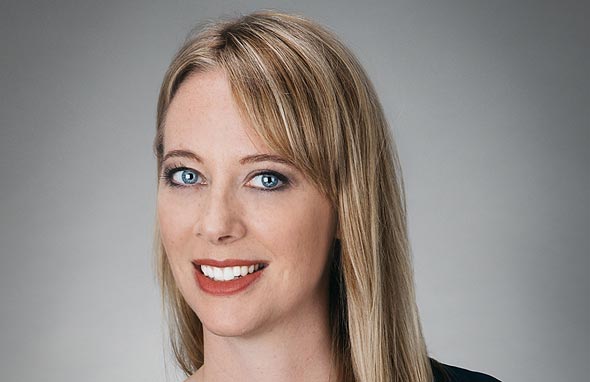 Konnect head Stephanie Reimann. Photo: Ferish
Denso Corporation, one of the world’s major auto parts suppliers, opened a research and development center in Israel in April. Hyundai, Skoda, SAIC, Renault-Nissan, and Daimler also have such outposts in the country, as do Harman, Intel, and Bosch. In 2017, Intel bought Jerusalem-based auto machine vision company Mobileye N.V. for $15.3 billion. Volkswagen's new campus will provide local partners and start-ups direct access to the group and its many brands, Volkswagen said in a statement. It will focus on companies in the domains of connectivity, smart navigation, cybersecurity, e-mobility and big data. Volkswagen stated that it will also offer mentoring and consulting services through the campus, which will operate as a co-working space as well, and support business collaborations with the Israeli tech sector.
Related stories:

“I am a strong believer in the technological innovations being developed within the Israeli market and I am convinced that they can help us reach our goal of being one of the global market leaders in sustainable mobility," said in a statement Peter Harris, chief customer officer at Volkswagen.

Volkswagen will showcase the new campus on Wednesday in a conference in Tel Aviv, the group stated, adding that it will choose one startup that will spend six months at its Dresden factory as part of a professional mentorship.
Cancel Send
To all comments
Buzz