San Mateo, California-headquartered information security startup PerimeterX Inc. plans to recruit 50 employees, 30 of whom will work at its Tel Aviv offices and the rest in Miami and San Mateo, the company announced on Sunday.

Founded in 2014 by three Israeli expats, PerimeterX develops an artificial intelligence-based system that acts to identify and block malicious bots in the cloud, on the web or on mobile networks, in order to prevent the spread of phishing and fraud attempts, fake news, identity theft and other threats. The technology can be installed on company websites without impacting performance or requiring system changes. 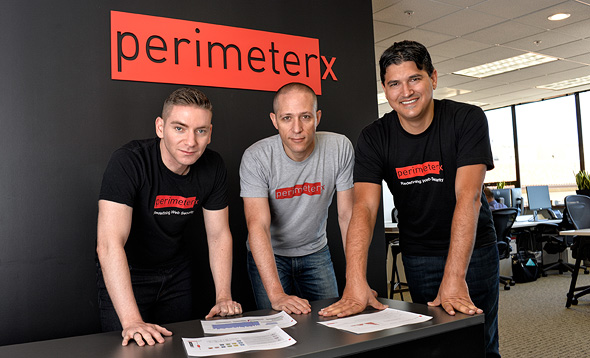 The company currently employs 100 workers in offices in Israel and the U.S., and is looking for full stack and backend developers, DevOps engineers, solution architects and cybersecurity and intelligence analysts, a spokesman for PerimeterX told Calcalist in a message earlier this week.