Israeli Startups to Use State-Owned Infrastructure to Test New Tech

As part of a new program, startups could use data collected by state-owned companies or pilot their technology in collaboration with the companies

TAGS:
Israeli startups looking to pilot their technology will soon be able to do so in collaboration with state-owned companies in relevant industries, according to a new government program.

The Israeli Government Companies Authority (GCA) and the Israel Innovation Authority (IIA) announced the new $2.8 million program on Sunday. The program will provide product development assistance to technology companies, and monetary assistance to the tune of 20%-60% of the companies’ research and development expenses. Companies will be required to return the investment in the form of royalties. 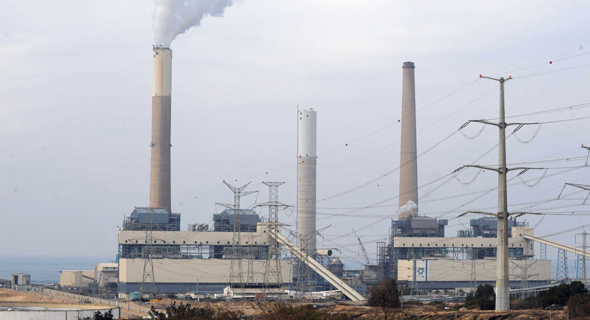 Power plant, Israel Electric Corporation. Photo: Israel Yosef
Startups looking to take part in the program must offer technology with the potential to improve the business and economic performance of government companies. In exchange, the startups would gain access to the data and information collected by the government companies and the opportunity to test their technology as part of the day-to-day operations of the companies. A representative for the IIA told Calcalist on Sunday that the initiative was conceived as a way to help Israeli companies to flourish in the local ecosystem instead of being acquired at an early stage. Advanced research and development necessitate operational environments that are often only available to state-owned companies, such as electric grids or train systems. The program will enable participating startups to perform initial tests such as proof of concept and target market simulations, he explained, adding that state-owned companies will also enjoy the benefits of innovative technologies. The IIA devotes much of its attention to promoting and launching such initiatives, based on an understanding that innovation is the key for economic growth and productivity, said in a statement Ami Appelbaum, chairman of the Israeli Innovation Authority.
Related stories:

The program has two aims, Aharon Aharon, director of the Israel Innovation Authority, said in a statement. The first is to provide tech companies with access to the largest available pilot spaces in the country, and the second is to provide state-owned companies with leading technology that could bring their operations to the next level. The initiative is an opportunity to create an innovative regulation for the entire Israeli economy, Mr. Aharon added.

In early May, the government approved a decision to ease regulations regarding tech-related equity investments made by state-owned companies, meaning such companies could invest up to 10% of their equity in relevant startups.
Cancel Send
To all comments
Buzz