Surgical visualization company Beyeonics Surgical Ltd., a subsidiary of Israeli defense and electronics contractor Elbit Systems Ltd., has raised $11.5 million, Elbit announced Wednesday. This is Beyeonics first funding round since it was spun-off Elbit in February. The company has been operating as a division of Elbit since 2012.

Five unnamed organizations invested in the company, including an American corporation in the medical device business, a spokesman for Elbit told Calcalist Wednesday. 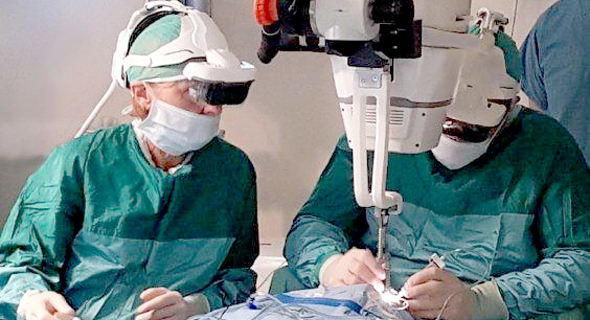 Beyeonics will use the funds to support commercialization and develop visualization capabilities for other surgical applications including spine surgery, minimally invasive procedures, robotic surgery, and cardiovascular surgery, the company said.

Nasdaq-listed Elbit and its subsidiaries operate in a variety of military-oriented and technological domains, including communications, aerospace, land and naval systems, surveillance and reconnaissance. Elbit employs around 12,500 people worldwide, 10,000 of which in Israel. The company is headquartered in Haifa, a city in the north of Israel.
Cancel Send
To all comments
Buzz