Facebook Deleted Thousands of Accounts Ahead of Israeli Municipal Elections

The social network collaborated with an Israeli government cyber defense organization on the issue, drawing criticism about the tie-up

TAGS:
In recent weeks, Facebook has removed thousands of fake accounts which attempted to influence Israel’s upcoming municipal elections, according to Israel National Cyber Directorate. A representative of the Directorate, Erez Tidhar, reported on the issue Monday at a hearing of the Israeli Parliament's Science and Technology Committee. Municipal elections will be held throughout Israel on October 30.

With any election, the issue of fake news and fake social media users should be a concern, Tidhar said, adding that the Directorate has been collaborating with Facebook to identify accounts that attempted to manipulate information regarding the elections. 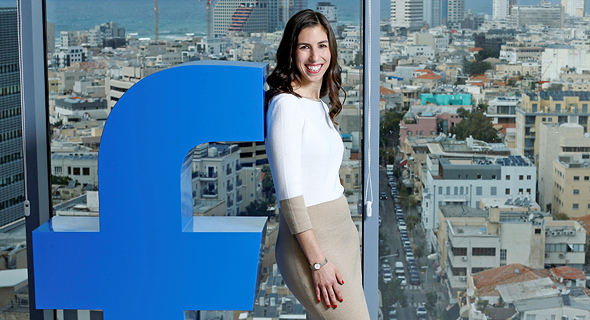 Jordana Cutler. Photo: Amit Sha'al
Karine Nahon, president of Israel Internet Association, a non-profit advocacy organization promoting web accessibility and freedom in the country, also spoke at the hearing. Nahon said that while she is concerned about the effects of social media manipulation, she is even more concerned about the arrangements being made between the cyber directorate and social media companies. “The question is, who is overseeing this?” she said, adding that Facebook should collaborate with the Israeli parliamentary Elections Committee to eliminate fake accounts, not with the Cyber Directorate, which has a closer affinity to Israel’s defense apparatus.

The National Cyber Directorate was created in early 2018 from the combination of two separate offices that dealt with cyber threats. It operates under the Israeli Prime Minister’s Office, which also oversees the operations of two of Israel’s most well-renowned intelligence agencies—the Mossad, and Israel’s and the Israel Security Agency. Earlier this year, a bill proposed by Prime Minister Benjamin Netanyahu sought to give the Directorate extraordinary powers to search and seize private computers and to amass data collected from government agencies, utilities, and other organizations. The bill has been widely criticized by privacy advocates, civil liberties groups, and cybersecurity specialists. Nahon has been one of those to speak out publicly against the bill.

Related stories:
Jordana Cutler, Facebook’s head of policy in Israel, said at the hearing that Facebook has been collaborating on the issue of fake account with several local entities and that the election committee coordinates the collaboration with the Cyber Directorate. “There is no secret arrangement,” she said. “We receive requests from the government but are not committed to them,” she said. “we operate based solely on our community standards.” Before Joining Facebook, Cutler was employed by the Prime Minister’s Office as an advisor to Prime Minister Benjamin Netanyahu, according to her Linkedin Page.
Cancel Send
To all comments