First Direct Flight from Japan to Israel Takes Off in September

TAGS:
Sun d’Or, an El Al subsidiary, is launching a charter flight connecting Tokyo’s Narita Airport and Tel Aviv’s Ben Gurion Aiport, starting September 13. The flights were officially announced at a press conference at the Embassy of Israel in Tokyo on Wednesday. For daily updates, subscribe to our newsletter by clicking here.  The first flight will depart from Tel Aviv at 4:30 p.m. on September 13, and the first return flight will take off from Tokyo on September 14 at 1 p.m. and will arrive in Israel on the same day at 8 p.m., due to the time change. The plane will have 270 seats. 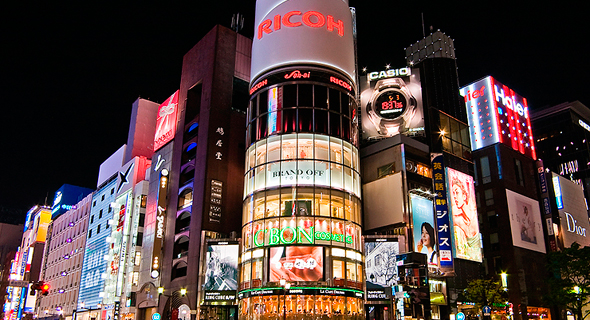 So far, only two such flights each way are scheduled, according to the embassy's statements and confirmed by a Sun d'Or spokesperson on Wednesday to Calcalist.

In January, Calcalist reported the intention to start operating direct charter flights between the countries, during the visit of Japanese Minister of Economy, Trade, and Industry Hiroshige Sekō to Israel. The head of the Israel Economic and Trade mission to Japan at Tokyo Noa Asher said in a closed-door meeting two direct charter flights are planned to start operating in September, with the intention to gauge interest in setting up regular flights.
Related stories:

Japan Airlines Co. Ltd. is also interested in establishing a direct line to Israel, Yuki Saito, a director at the company said in an interview with Calcalist in January. The line is likely to take off from Tokyo's Narita airport, he added.

This article has been updated with information about the projected flight time, announced by the Israeli Foreign Ministry post publication.