Ready to Make Some Noise? Just Keep it in Your Personal Sound Bubble

Israel-based company Silentium is developing individual sound bubbles in which each user could listen to the music of their choice, without disturbing the person sitting next to them who is enjoying a completely different track

You are in your car with your four-year-old and your 12-year-old who are constantly arguing about which track to put on the stereo. He wants to listen to the Frozen soundtrack on repeat, but she insists on Ariana Grande’s 2019 hit “Thank You, Next.” You're stuck in the middle, wishing you could hear the news anchor’s voice over the constant fighting. Israel-based acoustic technologies company Silentium Ltd. may have just what you need—a Personal Sound Bubble (PSB).

Silentium develops noise reduction technologies for active noise control. The system’s sensors listen to their surroundings and detect noises, eliminating them in real time by sending out sound waves with identical amplitude but with an inverted phase. This technology can be used in airplanes and cars to reduce engine and wind noise, in factories to reduce the sound of heavy machinery, or in home appliances as noise reducers. 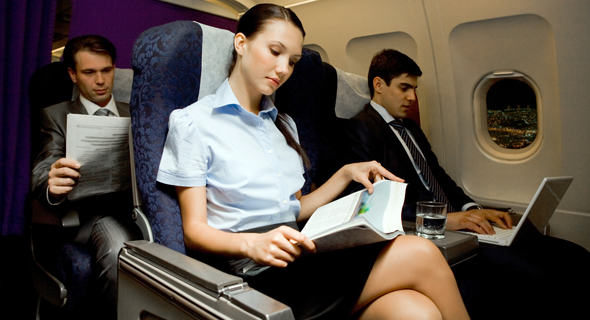 Users can listen to music without disturbing the person next to them (illustration). Photo: Shutterstock
Silentium’s most recent product, the PSB, uses a signal processing algorithm to allow a certain space, such as an office or the inside of a car, to be divided into individual sound bubbles in which each user could listen to the music of their choice, without disturbing the person sitting next to them who is enjoying a completely different track. “It’s like using headphones without having to wear headphones,” Silentium CEO Yoel Naor said in a phone interview with Calcalist Sunday. “At some point, we realized that noise is more than just background disturbance, such as the sound of your air conditioner. It can be anything that you don’t wish to hear, including music or other people talking, which can also disturb everyday functions such as voice recognition software,” Naor said. According to Naor, one of the major challenges in active noise control is to avoid a delay or leg in unexpected noise cancelation. “When we are talking about music as the noise we want to cancel out, this becomes a non-issue as the algorithm analyzes the track and knows exactly what is coming and when,” he explained. Like the company’s previous technologies, the PSB can either use existing audio infrastructure, such as the built-in speakers within a car, or use speakers strategically placed inside a seat or a wall, Naor explained.
Related stories:
Silentium offers its technology for integration in consumer goods and electronics as well as on airplanes and in cars, and the PSB is intended to hit the market within two years, according to Naor. Originally founded in 1997, but commercially active only since 2005, Silentium employs around 60 people in Ness Ziona, a town in central Israel. The company has raised over $30 million to date, Naor said. Investors include Alumot Fund, Terra Venture Partners, and iVentures. Silentium is in the process of raising another round led by Hong Kong-based investment firm CB Capital, according to Naor.
Cancel Send
To all comments