Israeli Citizens to Become Eligible for U.S. Investor Visas as of May

Known as the E-2 visa, the investor visa will provide Israeli citizens willing to commit to a substantial investment in the U.S. resulting in the hiring of U.S. citizens with work permits

Update March 25: A U.S. Embassy official said in a message to Calcalist that there has not been an official agreement on when the E-2 visa will become available for Israelis.

As of May 1, Israeli citizens will be eligible for a work permit in the U.S. provided they can commit to investing “a substantial amount of capital” in the U.S. and, in doing so, employ American citizens. The granting of the visa, known as the E-2, was approved last week after seven years of negotiations between both countries and is expected to come into effect in early May, a spokesperson for the Israeli Ministry of Foreign Affairs told Calcalist in a phone call Saturday.

The level of investment required for an E-2 visa varies by the nature of the business, but applications must show how the investment will lead to the hiring of U.S. workers, according to the U.S. citizenship and immigration website. The E-2 program also allows investors to man key positions in their companies with people of the same nationality. 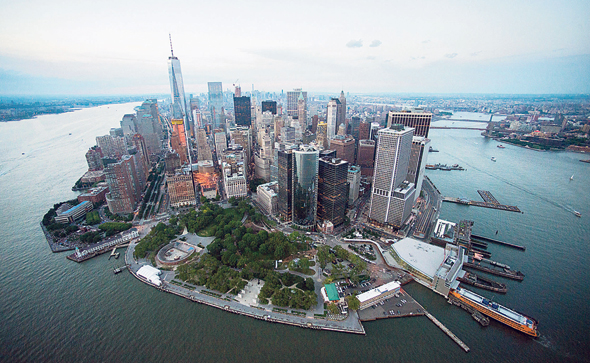 New York. Photo: Bloomberg
Israeli investors can either purchase an existing business or establish a new one in order to be eligible for the E-2 visa.
Related stories:

The path to Israeli participation in the E-2 program started with a treaty signed by President Barack Obama in 2012. However, implementation lagged behind as Israeli law did not contain a similar provision for U.S. citizens to invest in Israeli companies and obtain work authorization. The issue was resolved in June when the Israeli parliament’s Internal Affairs Committee created the B-5 visa for American entrepreneurs interested in building up their businesses in Israel.