Israel will offer free inter-city public transportation on April 9, the day of the general election, the country’s Central Elections Committee announced Sunday. The free rides are intended to encourage those residing or working at a distance from their registered polling stations to vote, according to the committee's statement. In Israel, the day of the general election is a state-wide sabbatical.

According to Israeli election regulations, Israeli citizens that reside or work over 20 kilometers away from their registered polling stations are eligible for a free return ticket on the day of the election. Previously, these voters were required to register in advance and receive a special ticket, a process that cost Israeli taxpayers NIS 2.4 million (approximately $662,230), according to the committee. 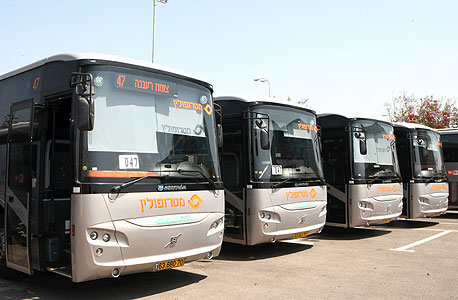 Inter-city buses in Israel. Photo: Zvika Tishler
Now, all passengers, regardless of their place of residence or polling stations, will be eligible for free inter-city rides on election day, at an estimated cost of NIS 3 million (approximately $887,000). The only exception will be for bus rides to and from southern resort town Eilat, which will still require advance registration and proof of eligibility.
Related stories:
Passengers will be able to board inter-city buses and trains free of charge from 8 p.m. the night before the election until service ends on April 9.
Cancel Send
To all comments