Liad Agmon, co-founder and CEO of web personalization company Dynamic Yield, ordered 200 McDonald's burgers to let his team know they had been acquired by the fast food giant

TAGS:
Liad Agmon, co-founder and CEO of web personalization company Dynamic Yield Ltd. had planned a feast. On Tuesday, 200 McDonald's burgers, along with fries, chicken nuggets, and soft serve ice cream, were to be delivered to the company’s Tel Aviv office, to celebrate Dynamic Yield’s acquisition by the American fast food giant. But on Monday night, The Wall Street Journal broke the news about the deal, sending Agmon and his co-founder Omri Mendellevich into a frenzy as they tried to reach as many of their 180 employees as they could to break the news.

The party still went down the next day, with Dynamic Yield’s investors and board members joining the team in Tel Aviv to celebrate the remarkable exit, Agmon told Calcalist in an interview Tuesday. “A few years ago, I couldn’t even imagine this,” Agmon said. “If you had told me McDonald’s would one day acquire us, I would have called you crazy,” he said. “This is not your regular case of a software company buying another software company.” 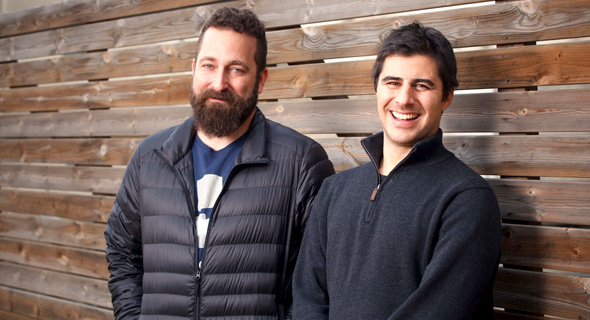 On Tuesday, McDonald’s officially announced it had signed a deal to acquire the Israeli web personalization company, but the companies never disclosed the financial terms of the agreement. One person familiar with the matter who spoke to Calcalist on condition of anonymity put the sum at over $300 million.

Agmon and Mendellevich founded Dynamic Yield in 2011. The company offers a service that helps businesses tailor their website to individual consumers according to behavioral patterns. McDonald’s became a customer of Dynamic Yield a year ago, implementing the technology into its drive-through branches in the U.S. Ikea and fashion retailer Urban Outfitters are also among the company’s customers. Dynamic Yield, which has 180 employees in six locations worldwide, including a corporate headquarters in New York, previously raised $83 million from investors including Naver Corporation and Bessemer Venture Partners. Following the completion of the deal, McDonald's said it will use Dynamic Yield's technology to better personalize its outdoor digital drive-thru menu, varying choices based on time of day, weather, current restaurant traffic, and trending menu items, and also to suggest additional products to customers based on their existing selections.
Related stories:

According to the agreement, Dynamic Yield will continue operating as an independent subsidiary, providing services to other companies. “McDonald’s knows that the brain of the company is in Israel,” Agmon said, adding that the company intends to keep its employees, clients, and strategic partners. He also intends to keep leading the company as CEO. According to him, the only thing that will change is the scale. “We intend to keep growing,” he said.

This is not Agmon’s first rodeo. In 2004, he co-founded data security company Onigma Ltd, bought by California-based cybersecurity company McAfee LLC for $20 million in 2006. In 2007, he co-founded search engine startup Delver Ltd., which was acquired by Sears Holdings in 2009 for an undisclosed amount. His latest exit is in a whole new league. “My first two companies I sold very quickly, but Dynamic Yield grew at a much faster pace,” Agmon said. “Growing at such a pace, you meet a lot of challenges and make a lot of mistakes. When you read about a deal, you cannot realize the rollercoaster it took to get there.”
Cancel Send
To all comments