In Israel, Heart Disease Mortality Is Down, Dementia Deaths Are Up, Says New Report

On Thursday, the Israeli Ministry of Health published a report detailing the leading causes of death in the country

TAGS:
Cancer, heart disease, cerebrovascular disease, and diabetes, in that order, were the leading causes of death in Israel between 2000 and 2016, according to a new report published by the Israeli Ministry of Health Thursday. Together, these four conditions accounted for 51% of all deaths in 2016. The good news? Overall, mortality rates are going down—they dropped by 27% between 2000 and 2016, to be exact.

Cancer is by far the leading cause of death across all age groups, except the 0-4 age segment. In recent years, around a quarter of all deaths in Israel were the result of cancer. Heart disease accounted for around a sixth of all deaths, and was prominent mostly among ages 25 and up. Those were the two leading causes of death in most European countries, Canada, and the U.S., where heart disease is the number one killer. 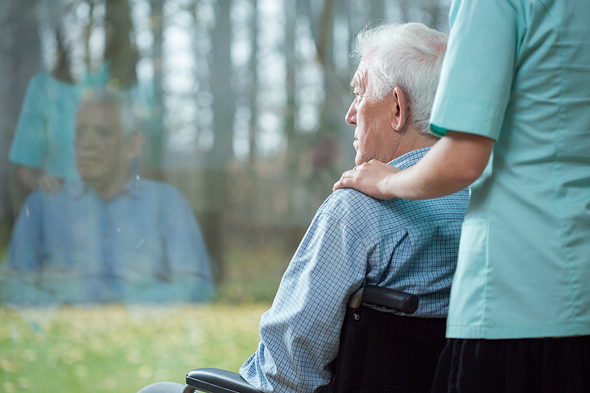 While dementia-related deaths are on the rise in Israel, they are still low compared to the EU-15 average (fourth place), the U.S. (fifth), or Canada (third place). The same is true for accidents, which come in at sixth place for the EU-15 countries, fifth place for the U.S., and sixth place for Canada. However, the number of septicemia-related deaths has started to rise in recent years in Israel, making it the fifth leading cause of death by 2015, while it is not even among the top 10 causes for the other countries compared.

There are some age-related risks. Perinatal and congenital conditions are the leading causes of death until age four. Accidents are among the top three causes for ages 5-44. Suicide was the second leading cause for males aged 15-24 and the third cause for females aged 15-24, and the second leading cause for both genders in the 25-44 age group. Among males aged 25-44, homicide, substance abuse, and poisoning with undetermined intent (which could be connected to substance abuse) were the fifth, sixth, and seventh leading causes, respectively. Diabetes really starts being a problem only after age 44, when its jumps up to fourth place, and the same is true for septicemia.