The number of eligible voters from Israel’s largest minority increased significantly since 1992, but low voting rates diminish their electoral power, according to data gathered by Arik Rudnitzky of the Israel Democracy Institute

TAGS:
The electoral power and voting trends of the Arab minority in Israel have changed dramatically in the past three decades. Representing 20% of the population and 16% of eligible voters as of April, Arab voters and their willingness to show up at the polls are crucial to any possible result in the aftermath of the country’s general election on September 17. Since the early 1990s, there has been a dramatic increase in the number of Arab voters, according to data gathered by Arik Rudnitzky, a researcher for Jerusalem-based non-partisan research center the Israel Democracy Institute. 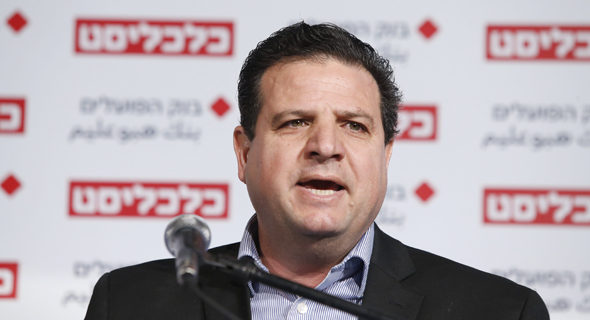 Ayman Odeh, head of The Joint List. Photo: Amit Sha'al
In 1992, Arabs accounted for 13% of all voters in the country. Arab voters dropped to 10% within four years—possibly due to an immigration wave of hundreds of thousands of Jews from the former Soviet Union in the first half of the decade—before rising again to their current electoral power of 16%, which equals a potential of 20 seats in the Israeli parliament, the data showed. Arab-led political parties, however, managed to garner just 10 seats combined in April’s general election, after reaching a record of 13 seats in 2015, when the four major Arab-led parties—socialist Arab-Jewish party Hadash, Muslim religious party Ra’am, and secular left wing-parties Balad and Ta’al—joined forces to run as The Joint List. On election day in 2015, Prime Minister Benjamin Netanyahu unleashed onto social media a video that went viral, in which he claimed Arab voters were “flocking to the polls.” Prejudice aside, Netanyahu’s claim was inaccurate at best, as voting rates among the Arab minority are notoriously low. In 2015, the voting rate in towns with an Arab majority was 63.7%, compared to a nationwide rate of 72.3%, according to data from the institute. Throughout the 1990s, the voting rate among Arabs remained steadily above 70%, reaching a record of 77% in 1996, the year Netanyahu won his first seat as Prime Minister. April’s election marked an all-time low, with a voting rate of just 49% in towns with an Arab majority, compared to 67.9% among the general population. The low rate among Arabs can possibly be explained by the separation of The Joint List into two separate entities, Hadash-Ta’al and Ra’am-Balad, which received six and four seats, respectively. Despite having regrouped, latest surveys conducted by leading Israeli news outlets and published Friday—the last day in which political survey results could legally be published ahead of the election— only give The Joint List between 9 and 12 seats. Netanyahu is doing his best to keep Arab voting rates low, going as far as attempting a blitz legislation process that would see voters videotaped by party representatives as they enter and exit the polling station, allegedly to fight off counterfeits, which he claims are common within the Arab community. The legislation was dropped last week after failing to secure a majority of 61 parliament members. Following the April election, Israel’s Central Elections Committee found evidence of counterfeits in just two of the 10,720 polls stationed across Israel and in Israeli settlements in the West Bank, according to Orly Adas, who heads the committee. In an interview with Israeli news site Ynet earlier this month, Adas said that both polls, currently under criminal investigation by the Israeli police, were indeed stationed in Arab towns but that the counterfeits only benefited right-wing ultra-Orthodox (Haredi) party Shas and Netanyahu’s Likud party. 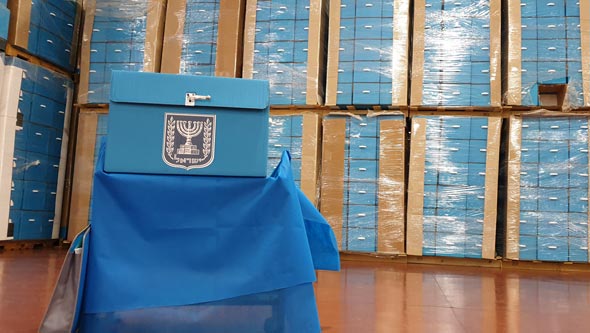 Israeli ballot box. Photo: Maor Shalom Swisa
Another trend revealed by Rudnitzky’s data is that significantly less Arab voters now opt for Jewish-led parties. In 1992, the election in which Yitzhak Rabin—who later negotiated and signed the Oslo Accords, a set of agreements that resulted in the establishment of the Palestinian Authority—was elected, 52% of votes cast in towns with an Arab majority were for Jewish parties, compared to just 17% in 2015. In the 1996 election that brought Netanyahu to power, 22% of votes in towns with an Arab majority went to Likud, a fact Rudnitzky believes could be explained by a vast disappointment from then-Prime Minister Shimon Peres, who in his short tenure following the assassination of Rabin went on a military endeavor in Lebanon one month prior to the election. At the time, Netanyahu was perceived as someone that would bring about change, Rudnitzky said. In every election since, however, Likud received no more than 5% of the Arab vote.

One possible explanation given by Rudnitzky for the decrease in Arab votes going to Jewish-led parties—which brought Arab-led parties from just five seats in 1992, to their record 13 seats in 2015—is that Arabs tended to vote for Rabin and Peres’ Labor party when it was perceived as a potentially ruling party that could progress their community’s interests. But as the Labor’s power dwindled in the past three decades, reaching an all-time low of just six seats in April, Arab voters left it as well, he said.

Related stories:
Between 2009 and 2015, no Jewish-led party surpassed 5% of votes in Arab towns. In April’s election, left-wing party Meretz managed to gain 9% of Arab votes, which Rudnitzky attributes to Issawi Frej, an Arab member of parliament who was placed unusually high on Meretz’s list. Estimates are that Arab voters gave Meretz the fourth seat it needed to pass the electoral threshold of 3.25% of all valid votes.

Rudnitzky places the blame on the Jewish-led parties themselves, which are perceived within the Arab community as only interested in racking in votes, before disappearing until the next election.