Between 2013 and 2018, the number of students who signed up for computer science and math degrees has gone up by approximately 53%

More and more Israeli students enroll in tech-related undergraduate degree programs, likely in hopes of securing a lucrative position within the country’s booming tech industry. According to recently released data by the Israeli government Council for Higher Education, Israel's supervisory body for universities and colleges, between 2013 and 2018 the number of students who signed up for computer science and math degrees has gone up by approximately 53%, from 10,924 to 16,780.

In Israel, tech workers accounted for 8.7% of the national workforce in 2018, up from 8.3% in 2017, according to a report published in August by the government’s tech investment arm, the Israel Innovation Authority. The IIA recorded some 300,000 filled full-time tech positions in the country in 2018. By mid-2019, this number increased to 307,000. 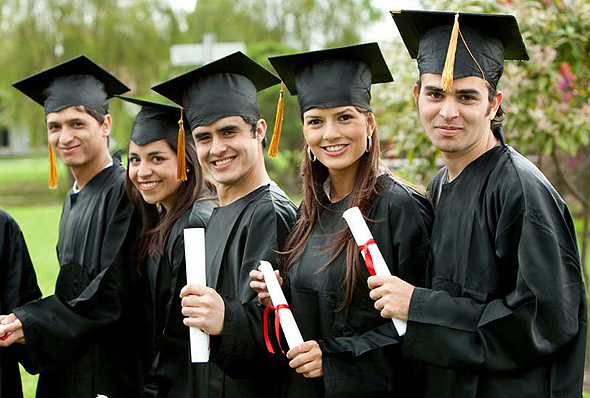 Graduating students (illustration). Photo: Shutterstock
Many multinational companies keep Israeli offices. Multinational tech companies including Intel, Nvidia, Amazon, and Samsung have stepped up their recruitment efforts in Israel in the past year sending wages up to around 2.5 times the average local wage. The number of students who enrolled in engineering degrees in Israel has gone up approximately 10% between 2013 and 2018, from 31,867 to 35,041.
Related stories:
Enrollment in the humanities, on the other hand, has decreased substantially. According to the council’s data, in 2013, 40,925 students were enrolled in humanities undergraduate programs, while in 2018, only 34,324 students were studying fields such as literature, philosophy, and history. Likewise, 16,189 students were enrolled in law programs in Israel in 2013, compared to just 12,223 in 2018.
Cancel Send
To all comments