Marketing Company AppsFlyer in Talks for $200 Million Round

The company’s latest round was in 2017, when AppsFlyer raised $56 million. The current round is led by growth equity firm General Atlantic, according to one person familiar with the matter

TAGS:
Herzliya, Israel-headquartered marketing analytics company AppsFlyer Ltd. is raising a $200 million series D round led by growth equity firm General Atlantic, according to one person familiar with the matter who spoke to Calcalist on condition of anonymity.

Following a request for comment, an AppsFlyer spokesperson told Calcalist the company does not speculate on future deals. 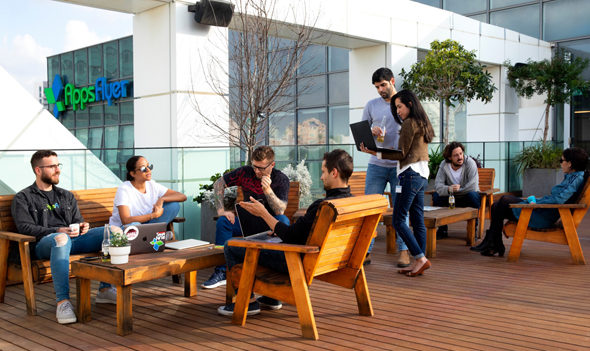 Founded in 2011, AppsFlyer’s Software tracks and analyzes the performance of marketing campaigns on mobile apps, enabling app operators to know how their most profitable users reached the app. The company’s latest round was in 2017, when AppsFlyer raised $56 million. The company raised $84 million to date from investors including Goldman Sachs and Deutsche Telekom AG. In Calcalist’s 2019 Top 50 Startups list published May, AppsFlyer placed second.

90% of AppsFlyer’s revenue comes from yearly subscribers. In the last year, the company has signed a series of deals and partnerships with the likes of eBay, NBC-Universal, Adidas, Hyundai, and Coca Cola.