From cellulose hamburgers and plant-based eggs to cryptocurrency, below are Israel-linked startups developing vegan alternatives for everyday products

TAGS:
Perhaps you are worried about the climate crisis or your own health, or, maybe, you just saw the cutest YouTube video of a pig cuddling with a chicken and swore off meat and animal products. Whatever your circumstances, there are plenty of reasons to consider going vegan, or at least limiting your consumption of animal products, but many people find it difficult to make the transition, fearing they will find available alternatives lacking or that it might force them to completely alter their lifestyle. Luckily for you, there are many companies out there hoping to ride the growing wave of environmental and health-conscious food consumption. Below are eight Israel-linked startups developing vegan alternatives for everyday products, from cellulose hamburgers and plant-based eggs to cryptocurrency. 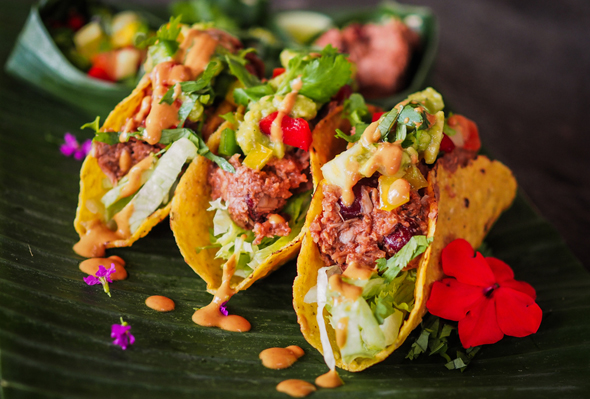 Equinom Ltd. is a computational breeding company developing non-GMO specialty crops for the food industry, including high-protein legumes meant to be used in vegan food products. The company has a number of partnerships under its belt, including a multi-year contract with hummus manufacturer Sabra Dipping Company LLC, a White Plains, New York-based subsidiary of Israeli food and beverage manufacturer Strauss Group, and a commercialization agreement with Tokyo-listed Mitsui & Co. Ltd.

VeganNation Services Ltd. develops a cryptocurrency called Vegan Coin (VCN), which it calls the world’s first “100% cruelty-free digital coin.” The newly-minted VCN is designed to facilitate commerce between vegans and the company also runs an online marketplace of vegan products and services, provided by vegan businesses to vegan consumers.

Zero Egg Ltd. develops and manufactures a plant-based liquid that imitates the taste, look, and chemical function of an egg. According to the company, its product can be used as an egg substitute in many recipes, including omelets and mayonnaise. The company’s egg is also cholesterol-free, according to company statements.

Else Nutrition Holdings Inc. develops a vegan baby formula made from almond and buckwheat. The formula is meant to replace the commonly spread cow milk protein-based formulas, offering hormone-free substance that meets the nutritional standard composition values of breast milk, according to company statements. The company listed on the TSX Venture Exchange in June at a valuation of 17 million Canadian dollars.

Kinoko-Tech Ltd. produces gluten-free, cholesterol-free, and non-GMO food products based on protein derived from mycelium, an edible fungi tissue, which grows on legumes and grains.

Incorporated as ClearFarma Industries Ltd., Innovopro extracts protein and starch from chickpeas, the legume commonly used for making popular Mediterranean dish hummus. The 70% protein concentrate manufactured by Innovopro is used in the meat substitution industry and the starch is used for gluten-free consumer products.

Formerly known as Chef-It, SavorEat Ltd. develops a machine that can instantly print a vegan burger from a cartridge containing plant-based proteins, fats, flavor components, and cellulose, a fiber that can be manipulated to mimic a variety of textures, including that of beef muscle and fat. The machine is designed to use infrared light to cook the burger as it prints. SavorEat successfully printed its first burger in 2017 and last month, it partnered with Israeli hamburger restaurant chain Burgus Burger Bar (BBB) to pilot its printed burgers next year.

ChickP Protein Ltd. develops a production process that uses the whole chickpea seed to produce highly concentrated protein powder. The company claims its protein-extraction process removes any bitterness in the legume. Using this process, ChickP offers an alternative, non-GMO plant-based protein that is free of allergens and hormones and neutral in taste and odor. The protein can be used as a raw material for the production of commercial products for the food industry, such as meat and dairy alternatives, protein bars, snacks, and beverages, according to company statements.
Buzz