Teva’s stock fluctuation is not the result of wrongdoing regarding the U.S. opioid abuse epidemic, but rather something born of the creativity of lawyers, Kåre Schultz said Wednesday at the company’s annual press conference in Tel Aviv

Last year was a good one for Teva Pharmaceutical Industries Ltd., according to CEO Kåre Schultz. The company achieved its forecasts and followed its plan very closely, he said, speaking at the company’s annual press conference in Tel Aviv.

Teva published its fourth quarter and annual earnings report for 2019 last week, reporting $16.9 billion in sales and free cash flow of $2.1 billion. In the past, Schultz has repeatedly forecasted that 2019 will be the year Teva hit rock bottom; the company forecasts sales of $17 billion in 2020 and free cash flow of between $1.8 billion and $2.2 billion. While not a dramatic improvement, the forecasts break the trend of plummeting revenues, which is the best Teva can do at the moment, he said. 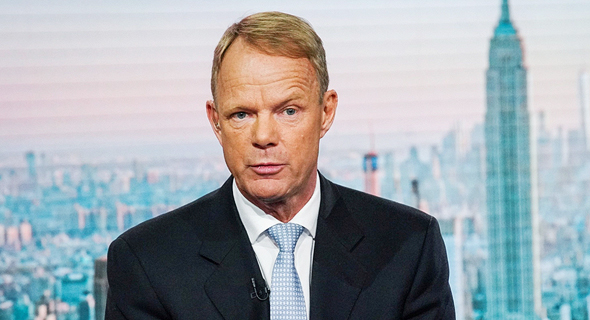 Teva CEO Kåre Schultz. Photo: Bloomberg
Teva recently completed its two-year reorganization plan, which saw 13,000 people laid off globally. The announcement, made shortly after Schultz stepped in as CEO in December 2017, shocked the Israeli public, he said Wednesday. Most of those laid off, however, had already found new jobs as they were highly educated, he said. Schultz also referred to Teva’s stock performance. While it climbed sharply on NYSE since the publication of the reports, a long-term viewpoint reveals the company is orbiting a market capitalization of $14 billion. According to Schultz, the stock is not affected by Teva’s business performance but rather by the current legal troubles the company faces in the U.S. as a result of the cross-state opioid abuse damages lawsuits. Teva is not being sued because it did something wrong, Schultz said, but rather because of a creative idea generated by some U.S. lawyers who specialize in suing companies because certain patients died. A lawsuit cannot be filed against Mexico’s drug cartel, nor can most addicts be sued due to their problematic history, he added.
Related stories:

Teva’s decided to settle in Oklahoma because it was a small court with one judge and no jury, and thus a loss was guaranteed, Schultz said. Johnson & Johnson did not settle and lost, and they will probably lose the appeal as well, and only when they reach the supreme court will someone show the same allegations can be levied against alcohol makers, he said.

Schultz said he does not know when the matter will be finished. The trial was the initiative of local municipalities, not of states, he said, which is why all 50 states need to agree on one solution. The opioid abuse damages lawsuits are political, he added, and if a settlement is not reached the case could drag in court for a decade, which is no use to the public.