Covid-19 Will Not End the World, so it Should Not End Business Either, Says TripActions CEO

Business travel management company TripActions, which reached a $4 billion valuation last year, is one of many companies affected by the blow to the global tourism industry caused by the spread of the pandemic

The industry that has suffered the biggest blow due to the spread of coronavirus (Covid-19) is definitely tourism. Booking websites remain barren and airlines are on the brink of bankruptcy. At the heart of this sector is the business travel segment, which accounts for hundreds of billions of dollars a year in the U.S. alone.

Palo Alto, California-based TripActions Inc., founded by Israeli-born entrepreneurs Ilan Twig and Ariel Cohen, is one company affected by the crisis. The company reached a $4 billion valuation last year, and just several weeks ago, before the full scope of the global outbreak became apparent, it raised a debt facility of up to $500 million and was anticipating a significant boost in business. 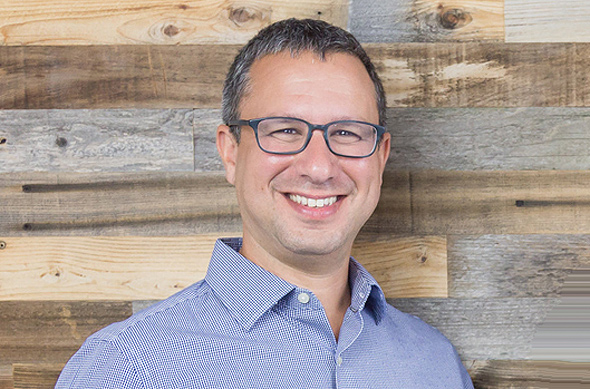 Ariel Cohen. Photo: PR
TripActions is now in crisis mode, Cohen, the company’s CEO, told Calcalist in an interview Tuesday. “We do have $300 million in the bank, not counting the credit we took, so we can continue with our previous growth plans, but that would be irresponsible,” he said. Founded in 2015, TripActions offers a business travel management service that aims to save companies money on their employees’ work-related trips. Andreessen Horowitz, Lightspeed Venture Partners, Zeev Ventures, Dov Frances’ Group 11, and German airline Lufthansa are among the company’s backers.

This is a health crisis, not a business one, and if TripActions plays its cards right it may outlive some of its competitors and perhaps even acquire them, Cohen said. “At some time in the future, people will make business trips again,” he added.

To date, TripActions has raised $480 million in equity. This sum puts the company in a relatively comfortable position for the current crisis. There is a substantial decrease in the number of travelers, Cohen said. “Last month we were looking at an 18% decline and this month we are talking about 50%,” he said. China and Asia Pacific are beginning to recover, he added, but now the company is starting to see fewer users from the U.S.

According to Cohen, business travel drives a significant portion of the global economy. “If people will not travel, the economy will grind to a halt,” he said. As a way to deal with the crisis, TripActions developed a new tool that helps companies asses whether it is safe to send employees to certain areas, based on the most recent data available on official channels, Cohen said. The tool updates in real-time, so even if when you booked a trip the area was safe but now things have changed, you will automatically be warned not to go, he added.

Not every deal can be inked on video chat and sometimes there is no replacing face to face meetings, so some people are going to have to fly, Cohen explained. You would not buy a car on a video call, it is just not a way to do substantial business, he said. The situation where all deals are put on hold would have a massive effect on the economy, he added.

Related stories:
In China, there was a complete halt in travel but things are slowly getting back on track, Cohen said. In the U.S., however, this trend is just beginning and Europe is also at a standstill, he said. In Israel, whenever there is a mess, the first tendency is to shut down, but then people get used to it and things get back to normal, he added. People in the U.S. are so stressed because nobody is providing them with data, Cohen said. The idea behind TripActions’ new toll is to give them reliable information to make informed decisions, he added. “You have to think about the day after,” Cohen said. “This is not the end of the world, so we cannot let it stop all business activity.”