Israeli Tourism Is in Free Dive

With 1,368 employees laid off, 10,000 possible terminations, and 14,000 employees on enforced vacation, the Israeli tourism industry is looking at losses of NIS 12 billion by the end of the year

The rapid global spread of coronavirus (Covid-19) poses a threat to Israeli economy as a whole, but the harshest and most immediately hit sector is, undoubtedly, tourism. One just has to look at the number of people crossing into Israel. In March 2019, some 60,000 people on average passed through Ben Gurion Airport each day. This year on March 1, 52,000 travelers passed through the airport. On March 2, their number dropped to 46,000. Earlier this week, the daily number fell under 22,000, and it is expected to keep falling.

The empty airport conveyor belts are on everyone’s mind. Airlines, hotels and hostels, tour companies, and vehicle leasing companies are all feeling the impact of coronavirus. Some have already responded with layoffs and unpaid leave. The Israel Airports Authority regularly employs 4,000 permanent workers and 2,000 temporary workers, and has already put 1,400 temporary employees on unpaid leave. Israel’s national carrier El Al Israel Airlines Ltd. has forecasted revenue losses of $160 million between January and April, and announced it will let 800 permanent and 200 temporary employees go, with most others expected to go on unpaid leave. Israir Airlines Ltd., which employs 470 people, is expected to let go 5% of its employees and might still put others on unpaid leave. Arkia Israeli Airlines Ltd. put 100 of its 550 employees on vacation. 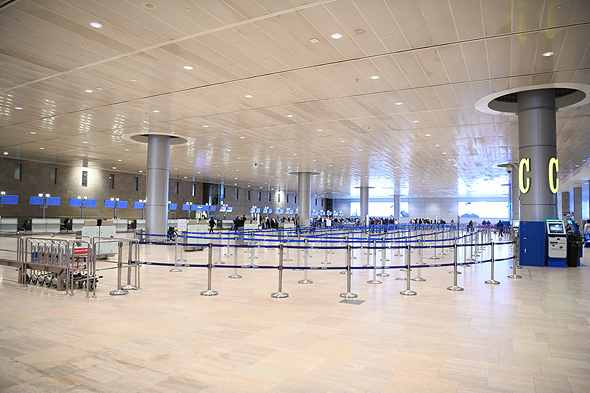